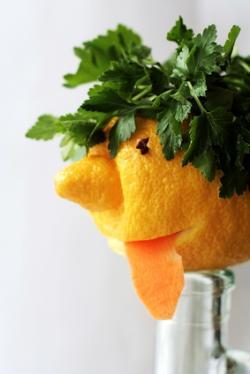 Some love it, some hate it, and others simply don't understand it! One thing is for sure though, the British have their own unique sense of humour and it is famous worldwide. To back this up, British television comedies are sold to and screened in huge number of countries worldwide. They even get aired in those countries such as Germany and the United States, of whom it is often joked that they simply don't understand the British sense of humour.

Although it is unique, the British sense of humour is not that easily defined. It covers several genres and has varied greatly in style and content throughout different generations. There have been the more bawdy and slapstick variants; typified by the Carry On films and the work of legendary British comedian Benny Hill . In a similar risqué vein, but slightly less bawdy and slapstick, you had The Two Ronnies and Morecambe and Wise . At the same time as these shows were captivating audiences in Britain and beginning to gain popularity worldwide, we witnessed the rise of what is sometimes known as 'College Humour'. This was typically made by well educated comedians from a university background and was of a rather zany nature. It was sometimes subtle, sometimes not so subtle; sometimes downright silly! This comic style was made popular in the sixties by the 'Beyond the Fringe' team of Peter Cook , Dudley Moore , Dr Jonathan Miller and Alan Bennett .

The baton was seamlessly passed to the Monty Python team at the end of the Sixties and into the Seventies. The Python team was perhaps one of the most 'off the wall' examples of British humour you will find and yet they have also been one of the most successful. The parrot sketch must rank as one of the most popular and well known comedy skits in the world.

In the Eighties, a new generation of comedians from the 'Comic Strip' stables; producing many one off comedies for television; as well as the hit series 'The Young Ones'. These programs made Rick Mayall , Ade Edmondson , Dawn French , Jennifer Saunders and Ben Elton into household names. Their comedy differed from the Carry On style of the past as it made a point of avoiding racists and sexist humour.

Pinning down exactly what makes British humour so unique is difficult if not impossible. It has elements of satire, slapstick and innuendo. It has its own special brand of sarcasm too. But compare British comedy to that produced in any other country and the differences become apparent. Perhaps what makes British humour so unique though is the fact that it is based around the peculiarities of the British themselves; including the ability to laugh at ourselves, and for this reason no other humour made anywhere else in the world can quite be the same.