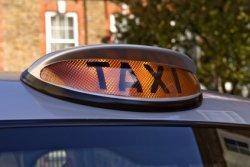 
The heirs to centuries of tradition, Londons taxis are a reassuring presence for those labouring in the capital  the promise of a swift journey should such be needed or wanted  and for visitors, even first-timers who will know the vehicles from a hundred films and TV programmes, or in the case of younger tourists from chunky die-cast models. They qualify, therefore, as a great British institution.
Long before they were motorised the horse-drawn hackney cabs of London were a welcome sight on the great thoroughfares of that city, as their turn-on-a-sixpence descendents remain today. And a sound of course  the characteristic engine note of the majority part of the music of the streets. For fares within the cabs that sound also includes a conversation with the cabbie, or sometimes his or her monologue as few drivers are short of views and small-talk. That communication often opens with the gambit: Guess who I had in the back of my cab the other day? though you may spot some famous people in the front of the vehicles too: Stephen Fry and Prince Phillip both drive them for anonymity and practicality; and the 1980 Mastermind winner Fred Housego didnt drop the day job when he went on to establish a media career.
Whatever your opinion of their opinions, however, London cabbies are respected for The Knowledge, the amazingly demanding test of routes and landmarks they must pass before being granted their taxi licence, an ordeal brought to life by the late-great Jack Rosenthal in his TV drama of the same name. For some reason I cant recall him including refusal to go south of the river at this time of night as part of their training though.