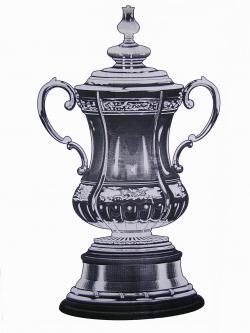 
Was the Cup Final such a big affair before the first Wembley event  the 1923 final between Bolton Wanderers and West Ham , better remembered as The White Horse Final? That move to Wembley seems to have reflected or created a growing national obsession with the match. With all due respect to the Scottish version the English or more accurately English and Welsh cup final is the stuff of legend, beamed live to countless millions around the globe.
Stanley Matthews turning the game around for Blackpool in 1953 to win the cup finally at the age of 38; a rare Trevor Brooking header grabbing the cup for West Ham; Sunderland defeating Leeds in Don Revie s pomp; Southampton doing the same to Manchester United ; Smith must score; Ricky Villas stunning run and goal (in the replay) to defeat Manchester City in 1981. Images burned into the national retina.
With the rise of The Champions League the cup final may have lost a tiny bit of its gloss; we may not start watching the box  though happily its still something Rupert Murdoch doesnt control - before midday anymore (what are the players wives wearing? what was the route to Wembley? what is the name of the vicar who is a fanatical supporter of one of the finalists and how big are his teeth?) but millions of us still regard it as one of the years greatest milestones.
The Millennium Stadium in Cardiff did a great job between Wembleys old and new, but it never felt right; it was never the proper home of the cup final. Were on our way to Cardiff just doesnt have the same ring to it. Abide with Me; a marching military band; some bloke dressed as John Bull ; a bored royal guest shaking the players hands; and masses of scarves. At the Wembley Cup Final. That is an institution.