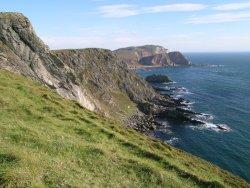 May
The Islay Malt & Music Festival

Isle of Islay - 6 places to stay

The southernmost of the Inner Hebrides, Islay is famous for its single malt whiskies and stunning scenery. The island produces some of the finest single malts in Scotlands drinks cabinet. And where better to enjoy a wee nip than an immaculate island whose rugged coast, and land sheltering pictur-esque and sweet-watered lochs? Administered by Argyll and Bute Council, Islay has a population of just over 3,000. Islays population was greatly affected by the Highland Clearances, and its landscape bears the knuckles of many abandoned crofts. Largely uncultivated, windswept and interesting, Islay enjoys a slightly milder cli-mate than much of Scotland thanks to a the warming Gulf Stream. Accessible by ferry or flight, it lies to the west of Jura. And its proximity to Ireland (just 25 miles off its south-west coast) means that the Emerald Isle is visible on a clear day. On a summers evening the sun setting over the Atlantic will have many photographer wrestling their lens cap off to get a decent shot. Saligo Bay on the islands western frontier is said to have one of Scotlands finest sunsets, and the island as a whole is inspiring for photographers and artists alike. The Kilarrow Church in Bowmore is a remarkable building; with a circular design, one single pillar supports the roof. Legend has it that the circular design was to offer no hiding place for the devil.

The island is a real avian paradise with a most cosmopolitan bird population. Birdwatchers visiting from the mainland can see a dazzling array of species, including; cormorants, oystercatchers, barnacle goose, chough and corncrake. Islay has been inhabited since 8000BC and visitors to the islands museum can learn about the civili-zations that have lived there since. The hunter gatherers of that neolithic period no doubt enjoyed the bountiful brown trout populations that inhabit the islands lochs. Loch Finlaggan, Loch Gruinart, Loch Gorm, Loch Indaal, Loch Allan and Loch Ballygrant, complete a sextet of lochs that are alive with trout. Anglers can do very well on these lochs, and the coastline also offers great potential for the sea angler.

But the last word though should be reserved for the islands malt whisky. Eight distilleries: (to the south) Laphroaig; Lagavulin; Ardbeg; (to the north) Bowmore; Bruichladdich; Bunnahabhain; Kilchoman and Caol isla produce the amber nectar central to the islands economy and the nations social life. With the Caol Isla and the southern distilleries producing strong peaty drams that are suita-bly challenging, strongly perfumed and nigh-on medicinal. With all that whisky, its little wonder Islay has a number of lively festivals in the warmer summer months. From the rather merry Islay Jazz Festival to the tipsy Islay Malt And Music Festival , Islay can throw a party alright. Worry not, any hangover will soon be salved by the fresh winds from the atlantic.