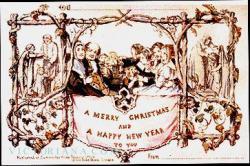 Until the Motor Car Act of 1903 was passed drivers enjoyed anonymity, which may have influenced the way they drove in the early years. That act introduced an annual charge of 20s per vehicle, and 5s for the drivers licence (though this would not be subject to a mandatory test until 1935 ); and it included a speed limit of 20mph. But it also paved the way for registration numbers to be issued for vehicles.
It is thought that other authorities beat London to the punch, though no precise details are readily available: and exactly when the first London plate was issued is unclear, though it had certainly been granted by December 23 1903, as it was reported in Car Illustrated on that date.
Not only was the registration of interest  A1: its owner was too. Lord Russell, elder brother of philosopher Bertrand Russell , was a car enthusiast who was so keen to obtain A1 that he queued all night for it outside the London County Council Offices, completing the paperwork with council employee Mr L.H. Oliver of Edgware . The plate was for Russells Napier car.
Russell was already something of a celebrity, found guilty of bigamy in 1901, earning him the sobriquet of The Wicked Earl. His conviction, however, didnt later prevent him serving in Ramsay MacDonald s government.