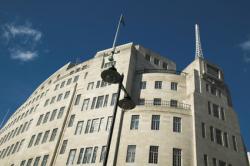 
Since January 1 1927  or 18 October 1922 if you count its earlier incarnation as a private company  the BBC has been a British institution.
It is not just regarded thus in this country: worldwide the corporation has earned a reputation for probity and quality, its public service remit helping to avoid the bias certain other broadcasting organisations can fall prey to.
The DNA of Lord Reith , who guided the corporation through its early years, can still be seen running through its cells: impartiality is of fundamental importance in its news reporting, for example; and it seeks to educate and inform as well as entertain.
Like any favourite relation, auntie Beeb has negative sides: in her mental map London is eight times bigger than the rest of Britain; and since the 1970s it seems to have become the career of choice for self-perpetuating talent-challenged Oxbridge graduates. In the private sector many of their posts would not exist; but then nor would auntie's best creations. It also has a tendency to adore certain figures  the name Dimbleby springs to mind among many others  uncritically as worshippers do.
But when there is a national emergency it is to the BBC that we turn for news; the Today Programme at times filling the vacuum left when Her Majestys Loyal Opposition lacks gumption. It still produces interesting programmes and occasional gems, though outnumbered by utter dross. And where we have a choice we would prefer to view our TV sport on the BBC, which resists the temptation to describe every third rate clash as The Big One.
Rightist politicians regularly attack the funding of the corporation  we all pay via our TV licences and through government grants paid from our taxes  but this country would be poorer without the BBC, for all its faults.