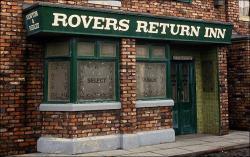 
The opening bars of Ronnie Hunts cornet solo are evocative for millions of Britons: for some they are a signal to settle before the box to watch the latest events in Weatherfield; for others they prompt a grab for the remote. Corrie is a national institution, not bad for a programme envisaged as a brief glimpse into northern life when first commissioned in 1960.
Over the years the nature of the programme has changed: in the early days it often veered towards the comic, characters like Minnie Caldwell and Ena Sharples providing almost Shakespearean caricature counterfoils to more serious stuff; of late it has covered issues of rape, trans-sexuality, kidnap, drugs and prostitution. But there is somehow a soul within the programme that doesnt change, an amalgam of community, life in a northern town, and existence never far from economic worries.
Something not often thought of when we consider The Street is some of the surprising names it has featured: our greatest comic actor of the 20th century, Arthur Lowe ; Burnley-born Sir Ian McKellen ; novelist Beryl Bainbridge ; Sir Ben Kingsley who was in the show in the 1960s; Joanna Lumley appeared as Ken Barlows girlfriend in 1973; and Prunella Scales pre-Fawlty Towers played a bus conductress way back in 1961. Some got their breaks or early work in the series; some engineered appearances on a show they love, as do millions of others  Ken and Deirdres 1981 wedding drew more viewers than that of Prince Charles to Diana Spencer just after it.