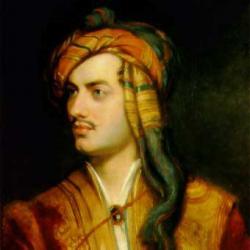 
Eccentricity may seem a strange addition to our list of national institutions, but as the source of much richness in our culture and a trait we hold dear it merits its place.
Some things we find admirable non-Brits think highly eccentric, not least in our cuisine: Americans are horrified by Steak and Kidney Pudding , and by bitter being served warm (its so you can actually taste it guys); and the French abhor la chose qui bouge  jelly - and mint sauce with lamb.
But eccentricity is surely individual by definition, and only those who deny they are eccentric qualify  someone who affects outlandish garb and tells you they are eccentric is not, they are just gits. One would have similar concerns about societies and clubs advertising the quirkiness of their members: few things promise tediousness more certainly than the words: Im mad.
True eccentrics live by their own rules: Quentin Crisp is a recent example, his attitude to domestic cleanliness more interesting than his clothing or occasional lack of it. The 5th Duke of Portlands creation of a vast network of underground rooms beneath his house at Welbeck Abbey was partly to escape from a world where he felt uncomfortable. The 2nd Baron Rokeby in the 18th century was unusual in his advocacy of bathing in a smellier age than ours; but he too went overboard, spending most of his day in the sea, his pool, or the bath. In the same era William Beckford qualifies not for the idiocy of his ill-conceived building projects (The Millennium Dome anyone?) at Fonthill but for his insistence on dinner being continually prepared for 12 when he had no guests.
Our acceptance of such oddities (rather than locking the people up) perhaps demonstrates our tolerance. But more positively eccentricity is sometimes allied to creativity  thus Lord Byron taking a bear as a pet at university when he found dogs were banned. It is a British intellectual tradition to question accepted norms: we have won 1.9 Nobel Prizes for every million inhabitants; France 0.9. So maybe there is even something Darwinian about eccentricity  survival of the daftest.