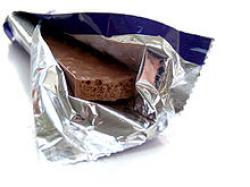 Cadburys chocolate is probably the nations favourite and certainly best known brand of chocolate. The company dates back to 1824 when John Cadbury started selling tea, coffee and drinking chocolate at his premises on Bull Street in Birmingham . John Cadbury then formed a partnership with his brother Benjamin and, by 1854, they had received a Royal Warrant to supply chocolate and cocoa to Queen Victoria . It cannot be underestimated how valuable to a company such a Royal affirmation once was. Fashionable society tended to follow trends set by royalty and these habits would gradually filter down the the lower classes.

The granting of a Royal Warrant also associates a given product or brand with the country in a patriotic way and can make a product become part of our traditions. This is just what happened with Cadburys and the company expanded rapidly on the back of this royal seal of approval. In 1893 George Cadbury purchased 120 acres of land close to the works and established a village for his workforce there, promising to eradicate the evils of modern cramped living. As the Cadbury family were Quakers, the only amenity the estate lacked was pubs - Quakers are teetotal.

Cadbury developed its first dairy milk chocolate in 1905, putting its Cadburys Dairy Milk chocolate bar on sale for the first time that year. It introduced the Milk Tray selection box in 1915 and you can still purchase both of these products to this day. Both product lines remain synonymous with the Cadburys brand. During both wars Cadbury managed to cement its position at the heart of British society, over 2,000 of their workers went away to war in the 1914-1918 World War. In the Second World War , chocolate was put under government control as it was considered to be an essential foodstuff. Thats a policy that many chocoholics would readily agree with to this day! More recently, advertising campaigns that have included a gorilla playing drums have done much to keep this brand close to our hearts and minds.

Fears arose, however, that this Great British Institution that has a place in the hearts, and bellies of most of the population was set be Americanised. The Cadbury Plc company was fought over by American giant Kraft Foods and the number one US chocolate producer; The Hershey Company. Kraft eventually came out on top, amid fears that either of the American companies would not adhere to Cadburys long standing traditions. During the take-over process Kraft Foods insisted it would be business as usual after their acquisition, all the time promising theyd look after this British Institution properly. This promise was dealt a blow when key senior figures left the board only one day after the acquisition. When the new owners announced they were moving production from the Bristol factory to Poland, it seemed that the doubters fears were doubly correct.