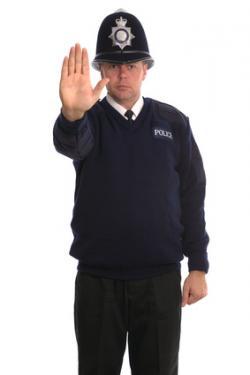 Named after Sir Robert (Bobby) Peel, the image of the British Bobby is a unique one. Most people would still associate the term British Bobby with someone that looks like the lead character from the 60s drama serial Dixon of Dock Green. The tall dome shaped helmet is not always seen today, although it is still part of the uniform of many bobby on the beat nowadays. For so many years, however, it was standard issue and gave the British Bobby a look that distinguished it from other Police Forces around the world.

Sir Robert Peel was Prime Minister during the mid 19th century, but created the bobbies, also known as the peelers in Ireland, whilst serving as Home Secretary. The idea of a policeman patrolling his neighbourhood and keeping a sense of law and order became part of the British way of life. For the best part of the next two centuries it was quite normal for each area to have a bobby on the beat who would become very much a part of the local community and he would even have normally grown up in there. There have always been some areas where it would not be safe for a single bobby to patrol, but mostly the job would have been done by one policeman alone; who would call for assistance if needed. In the past, the policeman would rely on his whistle to alert others. In latter days the radio supplanted the whistle. Sadly in recent decades, it has become a more familiar sight to see at least two members of the police force together; probably wearing some kind of protective armour due to the increased use of knives by miscreants.

For a time the bobby on the beat seemed to disappear altogether, replaced by panda car patrols. This served to remove the police from the community and create suspicion and fear between the police and members of the community. Many initiatives have occurred in the last decade or so to reintroduce the idea of community policing; which have helped to rebuild the bond between the police and the people they are supposed to be protecting.

However, it seems certain that the image of Dixon of Dock Green; the local bobby who knows the community and its characters, who stops in for a cup of tea and a chat and who is totally trusted by all but the criminals in the community; has probably gone forever.