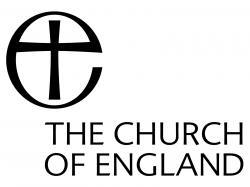 
With Britain now a multi-faith country and for many a place without any such credo  fewer than one in fifty of us worshipping in the church regularly - it seems anachronistic that we have an established church. But the state has nominally and actually controlled the Church of England since Henry VIII created it after his break with Rome. Even today the crown must formally nominate bishops after a byzantine appointments procedure.
Once regarded as the natural home for the stupid younger sons of the gentry, we may sometimes wonder if much has changed in the Church of Englands recruitment policy as we look on with disbelief (in more ways than one) at recent spats among its various factions.
Many other aspects of the institution have apparently changed little over the years: it is still where the nation sends its superfluity of front teeth for example. It would be wrong to characterise the Church of England as fossilised, however, given that after only seven decades of pressure it rushed to admit women to the clergy following a synod vote on November 11 1992 . That reform caused some prominent members to defect to the Catholic Church; disinterested observers await the inevitable rerun of such ructions when issues over the appointment of openly homosexual bishops come to a head.
More positively the CofE still enjoys a fabulous architectural inheritance, a major part of our national heritage. More strangely given our loss of Empire, the Church still has a big say in the affairs of churches of many countries in that lost territory, helping to maintain a family albeit a squabbling one of historically linked nations.