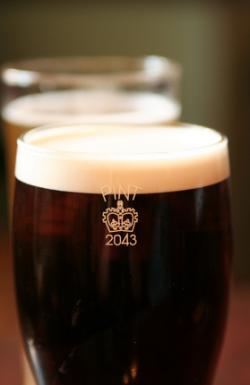 
When we talk misty-eyed about the pub, a certain set of images, not all of them coherent in more ways than one, springs to mind; the country pub, ideally thatched, with a beer garden where the only noise is birdsong; the East End pub, complete with sing-song and diamond geezers; the student pub where you used to get pie and chips for £1 and emerged from the interior gloom to be dazzled by the sun; a little place where you stop for a pint on the way to the train. We tend not to conjure memories of fun pubs, so called because they arent.
Pubs have been around since Saxon days, once just houses where beer was brewed and sold, developing into wayside hostelries, and eventually becoming the unofficial community centre for village, suburb and district. Everybody has a favourite. Maybe you met someone special there; found the perfect pub on holiday; or (too rare this) they keep beer beautifully.
Like our language, the pub is constantly evolving: recently many have gone to the wall while others are thriving, gastropubs especially. But the basic needs are the same as they would have been in King Alfred s time: a decent pint (not just beer, some cider houses still survive); a convivial atmosphere; barmen who talk if you want to, leave you alone otherwise.
Other countries have bars, but even when they call them pubs they arent (Australia excepted). Its a British institution, and one to be proud of.