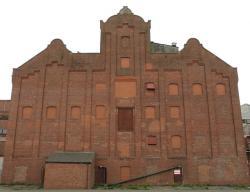 Governments of whatever hue will tax anything they can get away with, knowing that they are better qualified than their citizens to spend the money wisely. Britain has seen some rather odd revenue sources thought up by our rulers: 1584 saw a levy on playing cards; in 1712 wallpaper was taxed; 1784 mens hats were targeted; followed in 1795 by wig-powder; and another 1784 introduction was a tax on bricks. That latter impost had its effect on our architecture; levied on the number of bricks it naturally led to an increase in their size so fewer were needed (the government soon caught on and varied the charge according to size). Likewise the Window Tax brought in during the reign of William III influenced the look of some of our buildings, its legacy still visible in places.
Architects responded to the tax by designing houses with fewer windows, and careful or impecunious householders bricked up some existing windows, though with certain exceptions for those in very poor circumstances there was a basic rate to pay regardless of how few you had. The tax was banded, so great houses paid more than their poor neighbours, but in relative terms it hit those of the lower and middle ranks hardest. It also hit the glass industry, for obvious reasons.
Some believe the expression daylight robbery was coined to describe the tax, as the government effectively stole our light. The measure had staying power: it was finally repealed during Victorias reign .