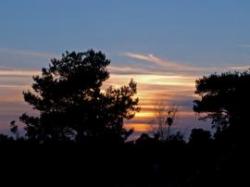 The return to school in September focuses the minds of two groups of travellers: in the first week parents looking for a last bite of the summer holiday with their children; and in the other three those with no such responsibilities who can enjoy the peace (and with luck prices) that term-time brings. Both groups will enjoy our Ashdown Forest.

Ashdown Forest offers the largest publicly accessible space in the South East, yet the vast majority of visitors there are very local, something of a surprise given the beauty of the area and the breadth of attractions it possesses. Just a 30-minute drive from junction 10 of the M23, or a fraction longer from junction 6 of the M25, the inverted triangle of heath and woodland covers roughly 20 square miles, the landscape cut by deep ghylls carrying shaded streams. Though more than a third of the area is covered by trees, Forest here refers to the use of the land by the Norman monarchy for hunting, the wildlife and environment protected then by extremely harsh laws to avoid spoiling the kings sport.

Wildlife aplenty is still to be seen in the area, the Red, Roe and Fallow deer that the Normans hunted now joined by Muntjac and Sika  the deer are so numerous that you should keep an eye open for them when driving in the Forest and go easy on the speed, as collisions will do them and your car no good  be especially vigilant at dawn and dusk. Birders love the place for rarities like the Dartford Warbler and Nightjar, just two of a huge range of species attracted by the forests diverse habitats. More than 30 species of butterfly add colour to the scene, as do other insects like the golden-ringed dragonfly  youll be very unlucky indeed not to spot winged creatures of some variety on a stroll here.

This then is a place above all for walking , with 40 car-parks making it convenient to leave the wheels and don the hiking boots, local bans on off-road driving and mountain-biking making it doubly peaceful. If you prefer to leave the car at home then East Grinstead station is convenient, with bus services from there that have stops in Ashdown Forest.

The Ashdown Forest Visitor Centre close to Forest Row and Sharpthorne is a good place to start with its detailed information about the area, walks and local history, and close by theres a Llama Park . If youre looking for an architectural highlight as the objective of a trek then Nutley Windmill at the Southern end of the forest is one possibility, restored to full working order and open to the public it is of a particularly rare design wherein the entire body of the mill rotates rather than just its top. There is less to see at Newbridge Furnace near Colemans Hatch, but the significance of the spot merits attention  this was where Henry VII in 1496 established the first (or first documented) blast furnace on English soil, the acorn from which our iron and steel industry oak grew.

From the industrial to the whimsical, for this is the where the Winnie the Pooh stories came about: Poohs Forest and Ashdown Forest are identical, as Christopher Robin Milne wrote. The author A.A. Milne lived with his family for part of the year at Cotchford Farm near Hartfield, a shop in that village dedicated to the books and their characters. You can find Pooh Bridge (where the non-Olympic sport of Pooh Sticks was and is played) nearby, and there is a monument to Milne in the Forest. Aficionados of the books will find they recognize from Shepherds famous drawings the landscape and specific corners in it  the Gloomy Place is in Wrens Warren Valley, and though it is privately owned and not generally accessible, Hundred Acre Wood (in reality called Five Hundred Acre Wood) has a couple of rights-of-way paths that offer the chance to tread in Christopher Robins footsteps.

There are a few places to stay within the Forest, but the aforementioned Norman laws made settlement here tricky in medieval times, so there are just a few villages like Duddleswell and Wych Cross within its boundaries, and around it others like Maresfield and Danehill. A short drive away are centres like Uckfield , Crowborough and East Grinstead, where there are many accommodation options, and slightly further afield Royal Tunbridge Wells (an attraction in itself) and Haywards Heath .

With luck and a following wind September as it often does in this country will tease those returning to school and work with its bright weather. But even with a bit of autumnal greyness a place as lovely as Ashdown Forest loses little or nothing of its attractiveness for the visitor. Bring thick-soled boots and carry thicker sandwiches, and walk (where permitted!) off the beaten track in one of the finest spots in Sussex and indeed the entire country.