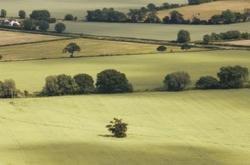 The Vale of Evesham

September is surely one of the best times to see the Vale of Evesham. Given that the area is often dubbed Englands fruit basket it seems logical to be there when the apple orchards and the plum trees are bearing fruit, and the farm shops, markets and eateries in the vale are offering those simple delights for all to savour. And with September so often providing the warm and gentle weather that makes touring more of a pleasure than a trial why not visit now?

It seems almost out of place thinking about things to do in the Vale of Evesham: this is somewhere to drink in the scenery and greenery, along with the cider and the ale; somewhere just to enjoy a slower pace of life for a time. But for those who want activities there is wonderful boating on the Avon, an alternative way to see the place (and to see places those bound to the road network will miss); there are golf courses like that at Broadway; and top notch fishing in the river and dedicated fisheries. The rich history of the area  including the Battle of Evesham at which Simon de Montfort was killed - can be explored at the heritage centre in Evesham itself, housed in the 14th century Almoners House. The town even has a hand-pulled foot-passenger ferry at the appropriately named Boat Lane, the last such ferry in the country; and Eveshams Abbey Gardens with the church and tower of the once great foundation all that remain after Henry VIIIs Dissolution. And of course there are breath-taking walks in the countryside.

The National Trust has a plethora of properties in and around the vale, including Hidcote Manor Garden and Snowshill Manor, but the absolute must-see NT property in the vale is The Fleece Inn, built about 1400 in the village of Bretforton. Not only is it a beautifully preserved historic building, full of atmosphere and with a notable collection of pewter, but it is also a proper pub with good beer and food in one of the loveliest settings you will ever encounter.

The villages of the vale by their very names paint a picture of this characterful rural survival: Offenham; Sedgeberrow; Middle Littleton; and Pershore among many others. All over the area pubs, B&Bs and hotels large and small provide accommodation in keeping with their setting, a little island of exquisitely English countryside, yet just a short drive from Gloucester, Worcester, and Birmingham. Or a relaxing train trip from London.