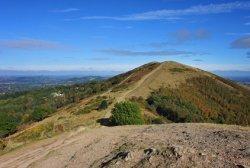 Inkberrow
Did you know that Inkberrow between Redditch and Evesham is supposedly the place on which Ambridge, home of the Archers, is based? One of the villages two pubs, the Old Bull, is the model for the radio serials The Bull, with a display of Archers memorabilia in keeping with the link, and regularly hosting visits from soap-land super-characters like Eddie Grundy and Lynda Snell.
Worcester
Did you know that Worcesters Berrows Journal is the oldest surviving newspaper in the world? It has published weekly since 1709 (with a possible claim to beginning in 1690), when the paper, then called the Worcester Post-man was owned and edited by Stephen Bryan. In 1748 it was taken on by Harvey Berrow, and renamed The Worcester Journal. In 1753 the new owner changed the name to Berrows Worcester Journal not out of the vanity so many newspaper proprietors suffer from, but to differentiate it from a rival which had also adopted the name Worcester Journal.