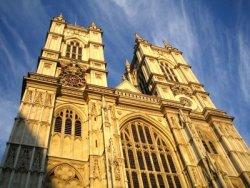 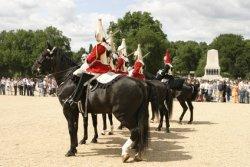 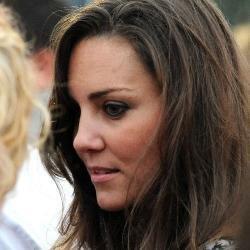 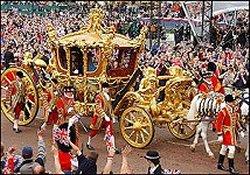 London will draw tens, possibly hundreds of thousands of visitors for the wedding of Prince William and Kate Middleton on April 29. The aim for most will be to catch a glimpse of the processions between Buckingham Palace and Westminster Abbey, passing along The Mall and Whitehall. St Jamess Park, around which the cars and carriages will travel, will doubtless be thronged with huge crowds, likewise Horse Guards Parade.

Alternative spots for onlookers will be Clarence House, from which the pages and bridesmaids will depart at about 10:30; and St Jamess Palace, from where Princes William and Harry and a few supporters will make for the great church at 10:40. Ms Middleton and father will drive from Buckingham Palace 10 minutes after that.

If you intend getting a front row view of the proceedings camping out and queuing will be the order of the day before; or the day before that. What else can those making their way to the capital do to make the most of the occasion? There are the usual suspects of course: always fun  except for the queues  is the London Eye: and with a bit of luck you could just see some of the action while you are up in the sky; and Madame Tussauds will no doubt have exhibits that fit the mood.

The streets will be full of souvenir sellers  do you need that tea towel? But for something with éclat to help remember the day why not go shopping at places with royal connections? Harrods is the store of the worlds royalty and youll find almost everything you can imagine there. Or Garrards the jewellers in Mayfair; it supplied Princess Dianas engagement ring, which has served again for the future Princess Catherine  and was appointed crown jeweller by Queen Victoria back in 1843. Bond Street is more likely to offer enduring and tasteful mementoes than the mail-order plates made in China flooding the market. And Savile Row has tailored for Kings and Princes for centuries  Ede & Ravenscroft there set up for William of Oranges coronation even predates the famous street; Gieves and Hawkes have made clothing for Prince Charles. The Burlington Arcade another destination for quality rather than bargain hunters.

Accommodation near the route will be at a premium; Victoria has a wide selection that includes (aptly) the luxury apartments of 51 Buckingham Gate; The Grosvenor is only a 20 minute stroll from the palace; 41 Hotel actually overlooks the Royal Mews; and The Goring has all the grandeur to make you feel like one of the favoured. But London has hundreds of excellent hotels  check this site for ideas to suit every pocket.

Unless you are attending the evening party at Buckingham Palace youll want something where after all that standing about you can sit down and finish the day in style: Londons theatres as ever have dozens of top shows running: how about something classic like The Mousetrap at The St Martins (surely 10 million people cant be wrong)? Or uplifting like Les Mis at (suitably) The Queens Theatre? Maybe The Lion King at The Lyceum?

London shines staging big events; just about every restaurant, shop and attraction will be in best bib and tucker. So perhaps will you  but do wear comfy shoes.