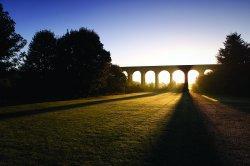 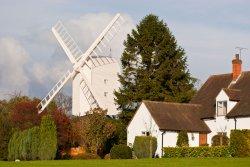 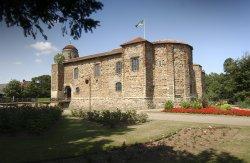 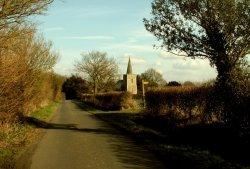 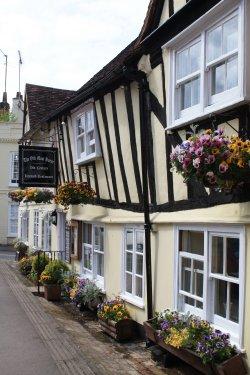 As Augusts rainy season disappears and Septembers mellow sunshine begins the English countryside beckons alluringly. Our rivers define much about the land. They carve its form, frame its views, link inland and coastline and root its settlements. In Essex the Colne Valley exemplifies those roles.

From its beginning near Great Yeldham the River Colne meanders gently through some 36 miles of countryside, and one ancient city, before reaching the coast at Brightlingsea. A week or even just a weekend spent following the rivers course or focussing on one part of it would make a fine break at this time of year. This is rolling arable land, dotted with elegant old villages and solid farmsteads.

North Essex is somewhat different from the rather clichéd image the county has been landed with of late: around Great Yeldham its rather more riding boots and tailored jackets than vertiginous high heels and tight white skirts. In the centre of the village The Wagon and Horses sets the tone for the journey  its a proper British pub-hotel.

The next village sees the first great building of the trip, Hedingham Castle at Castle Hedingham (see what they did there?), a towering Norman keep built to guard the river, a trade route in medieval times. Garden Cottage in the castle grounds is available to rent for those with a penchant for history. In the village youll find the preserved Colne Valley Railways station and base, only a short track but with a fine collection of rolling stock.

Halstead a few miles further south-east is the first town on the rivers course, with a wide High Street (known for its antique shops) where youll find The White Hart Inn, almost as old as the towns church. The town now extends well beyond the hill above the river that was its original site. The equally venerable Bull Hotel here is a former coaching inn, a charming half-timbered black-and-white building; indeed the place is rich in pubs, with The Dog and The Pheasant too offering accommodation.

Weve had the castle, now for the monastery  at Earls Colne, where the ruined Colne Priory is a national monument. The village houses the Essex Golf and Country Club where you can stay in one of its 42 en-suite rooms and avail yourselves of the spa, pool and other facilities.

At the edge of Earls Colne is Chalkney Wood, a nature reserve with some excellent walking, some of the paths leading to the village of Chappel. The river is the reason for the creation of its most famous structure, the 32-arch viaduct spanning the valley. Chappel grew around its Norman bridge. Fans of crime-writer Margery Allingham will recognize its older name, Pontisbright, as the setting for some of Albert Campions adventures, and the authors own home for a while. Though small the village supports a lovely old pub, The Swan.

Railway enthusiasts are doubly blessed on this trip, with the East Anglian Railway Museum at Wakes Colne across the river from Chappel.

Several more villages, Ford Street and Fordham Heath among them, follow before we reach the big city - Colchester. Two thousand years of history wait to be explored, most notably perhaps at the Castle and Bourne Mill, though as youll see from the attractions listed on our site there are dozens more places of interest here. And of course there is no lack of accommodation: for another inn how about The Rose and Crown, or the Grade I listed Red Lion? Or it you fancy something more contemporary, the Ramada or Best Western may be your choice  though we have many more besides.

Beyond Colchester the Colne opens out into an estuary, with salt-marshes and mud-flats that are a haven for wildlife. The waters here power the restored Thorrington Tide Mill, worth a visit in itself, but near to the villages equally fascinating flint church. They were the raison dêtre too for the growth of Wivenhoe, a shipbuilding and fishing port in its day, now a pleasant town with quaint watersides. The Wivenhoe House Hotel is a stylish country house hotel here.

And so to the end point: Brightlingsea, a pretty seaside town with brightly-painted beach huts and simple promenade, picturesque harbour and a wealth of pubs and places to stay. Dont miss the 13th-century Jacobes Hall in this distant outpost of the Cinque Ports.

Naturally there is no reason to limit yourself to places right by the river on this route. Branch off a little to Constable Country; let your hair down at Clacton; or visit historic Clare. Youll find more beauty than bling; and see more Ford tractors than Capris.