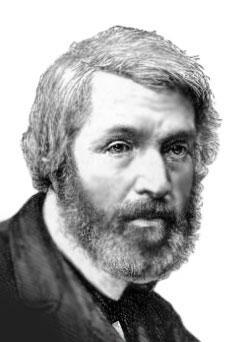 Born in Ecclefechan, Dumfries and Galloway
Born on 4th of December 1795
Died on 5th of February 1881

Carlyle was one of the foremost men of letters of his age, a figure who communicated his political and spiritual thinking through a variety of literary forms.
Born in Ecclefechan in Dumfries and Galloway on December 4 1795, he was educated at the village school there, Annan Academy and Edinburgh University where he studied Mathematics and the Arts.
His Calvinist family had hoped he would be a preacher, but he lost his religious faith shortly after graduating, having spent a year studying to enter the church. After a brief period of private tutoring he moved into a literary career largely because of the influence of German literature on him: he translated Goethe among others. His later work On Heroes, Hero-Worship, and the Heroic in History was obviously influenced by this reading.
Sartor Resartus (The Tailor Retailored) was his first major work, and a highly idiosyncratic one, blending philosophy, faux-biography, fiction and satire, and is arguably his most original book.
Carlyle married Jane Baillie Welsh in 1826, a union that was far from happy, and according to his first biographer never consummated. The couple lived at a farm inherited by Jane, in Craigenputtock, until moving to Chelsea in 1834. In London he mixed with the intellectual elite, becoming firm friends with JS Mill.
The French Revolution: A History published in 1837 was a significant success, indeed Carlyles greatest strength was probably the interpretation of history, at the same time using it as an illustrative device for his political and philosophical thought  his last major work, Frederick the Great in particular demonstrates this method.
After his wifes death in 1866, in spite of their unhappiness together Carlyle mourned her deeply, and wrote little for the rest of his life. His later life was one of withdrawal from society, and loss of contact with his former liberal friends as he shifted further and further to the Tory view, and even beyond as seen in his Occasional Discourse on the Negro Question which regretted the end of slavery. He died on February 5 1881, and was buried in Ecclefechan rather than Westminster Abbey, as had been offered.

Contributors: Do you have a site related to Thomas Carlyle?
Supply some content for this page and we will gladly add a link to your site. Email here.