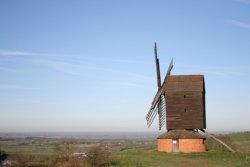 February is of course still winter, but the warmth of the honey-coloured stone and the gathering cosiness of the villages and market towns that pepper the Oxfordshire Cotswolds will help hide the fact. This is the most English England, the heart of the country geographically and perhaps even spiritually. Back to the rural roots time, albeit a rather genteel version.

Oxfordshires Cotswolds lie to the west and northwest of Oxford, Witney the nearest thing to their centre, and Chipping Norton, Woodstock, Bampton and Burford at the compass points working clockwise from the north. While the whole area is undeniably lovely, the northwest segment has been officially recognized as such by its designation as an Area of Outstanding Natural Beauty. Rolling hills, lush greenery, fields delineated with timeless stone walls, it is an Englishmans idea of idyllic countryside. Leave the car, take a stroll, have a pint.

With the M40 making for easy car access from London and the North, and a plethora of rail routes including the line between Oxford and Worcester that bisects the area, getting there is easy. Dragging yourselves away afterwards may be tougher.

If you feel the need to do something on a break, then Blenheim Palace, built for the Duke of Marlborough and birthplace of Winston Churchill, is high on most lists; with kids to amuse try the Cotswold Wildlife Park and Gardens south of Burford, or a few miles further Cotswold Woollen Weavers, a working mill in the splendidly named village of Filkins. Beyond Chipping Norton stand the Rollright Stones, three prehistoric stone circles.

The beer here can hold its own with anything in the country: Hook Norton Brewery in its eponymous village (visits by prior arrangement, though the visitors centre is open on Saturdays) and Wychwood Brewery near Witney (weekend visits possible booked in advance) both brew fine ales. And whats more the pubs locally keep beer well  this is an affluent area that demands quality. The restaurant provision likewise reflects a discerning clientele.

In an area which made its money until relatively recently in sheep-farming and small-scale woollen weaving no major centres ever developed; and better still, there was little reason to demolish historic buildings. Thus much  most  of the accommodation available is of the solid, characterful and comfortable variety: in Burford The Inn for All Seasons, The Bay Tree, The Lamb Inn, The Swan Inn, Burford House, The Gateway and The Bull seven such; in Woodstock the famous Bear, The Marlborough and The Punch Bowl similarly. Or if a touch of grandeur in the countryside attracts you, Eynsham Hall near Witney fits the bill, set away from mere mortals within 3000 acres of parkland; or feel you have arrived in more ways than one approaching Heythrop Hall near Chipping Norton on its two mile drive. But dont restrict yourselves to the bigger towns: this is an area full of fascinating villages with equally fascinating names: Broughton Poggs; Chimney; Black Bourton; Little Tew; Hopcrofts Holt; and Four Shire Stone. Thanks to wool fortunes won in medieval times many of them boast stunning churches, down-payments on a place in heaven; and thanks to visitors and locals alike plenty retain proper pubs.

Last but not least, a break in the country neednt mean an absence of retail therapy: far from it. All those expensive second homes and retirement cottages have to be furnished in appropriate style: thus the wealth of antique shops and furnishing emporia. Some of those same cottages have found their way into the holiday-let market, so if hotels dont appeal Cottage in the Country, Manor Cottages, Cotswold Retreats and Hoseasons among others offer a route to cosy cottage comfort.