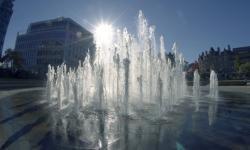 If your idea of Sheffield is either of the versions seen in The Full Monty, think again. While the steel and cutlery industries live on, the old smokestack Sheffield is a fading memory; likewise the Thatcher era wasteland seen in the movie. More perhaps than any other city on the country Sheffield has moved with the times, and pretty much got ahead of them.

The city centre has been transformed over the last two decades: extensively pedestrianised, with a vibrant cultural quarter and some of the best restaurants, bars and clubs in the North, it is a brilliant place for a city break, and with the train station five minutes walk from the centre there's no need for the car - plus of course Sheffield is leading the urban transport way with its sleek Supertrams. There are plenty of accommodation options right in the centre: boutique places like Cutlers' Hotel and the characterful Leopold Hotel; swish St Paul's on Norfolk Street; or the elegantly modern Hilton by the historic Quayside; the city's Novotel is centrally located too, a stroll to the famous Crucible Theatre.

For longer stays, or as an option to those who don't fancy a hotel, Sheffield has serviced apartments offered by KSpace and City Crash Pad.

Sheffield prides itself on being the greenest city on the country, with swathes of urban countryside including the fabulous open spaces of Graves Park with views over the rest of the city. So it's not surprising that there are options for staying in the city that offer the best of both worlds - proximity to the centre of things, but with woods and parklands to create peaceful havens too: outstanding in this respect is the Kenwood Hall Hotel; likewise Sheffield's Marriott; and in the academic district the Rutland Hotel has a nicely leafy setting too.

With Chatsworth and Hardwick Hall on the doorstep, and parts of the Peak District National Park within the city boundaries, it's only to be expected that Sheffield should have some country house hotels a little further from the booming city, but still within easy reach: Mosborough Hall Hotel is based on what was a 16th century mansion, with requisite ghost; Whitley Hall Hotel in Grenoside is the archetypal ivy-clad hall dreamt of by American visitors; and with fully 55 acres of trees around it Aston Hall Hotel, built in the 18th century, is a world away - and a short drive - from the bustling city.

A historic city like Sheffield - Mary Queen of Scots spent 14 years of her life here, worshipped at the Cathedral of St Peter and St Paul, and would have known the 16th century Bishop's House which can still be visited - has some suitably historic inns where a decent pint of local beer can be had along with a comfy bed: The Red Lion in Todwick, for example, right on the edge of Sherwood; The Fountain Inn near Penistone, an old coaching inn; or the Norfolk Arms Hotel right by the Peak District National Park; there are plenty of others too.

And the city's industrial past should not be forgotten either: Abbeydale Industrial Hamlet is not to be missed; Cutler's Hall gives a rapid introduction to that aspect of its manufacturing heritage. But Sheffield has replaced much of that business with entertainment and sporting facilities: the massive indoor ski centre; concert arenas; sporting centres of excellence; fabulous galleries old and new. If you can't fill every hour of the weekend in Sheffield you are just not trying.