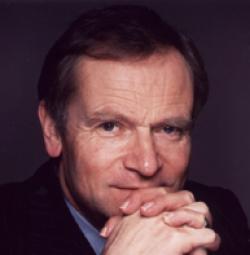 Two years after another senior Tory figure, Jonathan Aitken, was jailed in an Old Bailey trial, another even more high-profile Conservative suffered a similar fall from grace in the same court. Jeffrey Archer had won a libel case against the Daily Star in 1987, pocketing £500,000 in damages as a result. Unwisely Archer later antagonised a friend whom he had asked to help with an alibi relating to the 1987 case which was concerned with allegations about the then Conservative Party Deputy Chairman and a prostitute, Monica Coghlan.
That one-time friend, Ted Francis, turned against him; partly it seems concerned at Archer having won the Tory candidacy to run for the office of London Mayor in 2000. Archers former personal assistant also gave evidence that hurt the peer, her diary of his movements contradicting Archers story at the 1987 trial. Archer preferred to exercise his right not to enter the witness box, though his wife Mary as she had in 1987 did so again. This time the judge made no reference to her elegance and fragrance.
Jeffrey Archer was found guilty of two charges of perjury and two of perverting the course of justice. He was given a four year sentence, serving two  like Jonathon Aitken his prison career began in Belmarsh. It is to many incredible that a man who has served time for perjury should remain a member of the House of Lords.