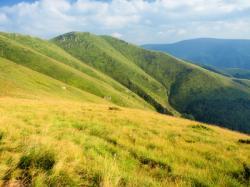 The Great Glen is not one glen (valley) but in fact a series of glens that run along the geological fault line, known as the Great Glen Fault, that bisects Scotland.

The Great Glen has long been a route into the Highlands Of Scotland. Both the Caledonian Canal and the A82 trunk road follow the route which links Fort William to Inverness. Fort William was one of a series of forts erected by the English to try and quell Highland Clans. Other forts towns along the Great Glen include Fort Augustus , which lies in the middle of the Great Glen, and Fort George which is found just north of Inverness .

The Great Glen features a series of lochs, interconnected by rivers. As most of these rivers are not navigable, the Caledonian Canal was built to connect the west and east coasts of Scotland. The canal uses the lochs wherever possible and only one third of the 62 mile canal route is man made. The canal, or caley as it is affectionately known, is a fantastic way to explore the wonderful mountain scenery of the Great Glen.

The Great Glen Way is a long distance path that threads through the Great Glen. The 73 mile track was opened by H.R.H. Prince Andrew, Earl of Inverness, on the April 30 2002. It is described as the perfect introduction to long distance walking, with most of it being low-level and following the canal towpath or woodland tracks.

While the route can of course be walked in either direction, it is often suggested that the walk be taken from Fort William to Inverness so you are travelling with the prevailing wind at your back. The Great Glen Way offers the walker some of the most spectacular scenery in the British Isles on a journey through a region well known for its unspoilt tranquility.

Travellers along the Glen will never be short of a place to rest their weary heads at the end of the day. Hotels , guest houses , hostels , campsites and even log cabins can all be found along the Glen.