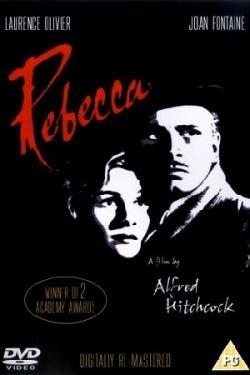 For his first American project (Big Sur doubling for author Daphne du Mauriers beloved Cornwall ) Alfred Hitchcock chose a melodrama cum psychological thriller, Rebecca. Though filmed in California the cast is very British: Joan Fontaine as the second Mrs de Winter; Laurence Olivier as her aristocratic husband Maxim; and the marvellously caddish George Sanders the adulterous Jack. As if to underline this Britishness the supporting cast included the archetypally English C. Aubrey Smith (a test cricketer as well as thespian) and Nigel Bruce.
The one exception to the British rule here is Australian Judith Anderson as the crazed Mrs Danvers: rightly nominated for an Oscar in 1940, her performance is dark, almost supernatural, with hints (all the Hays Code would allow) of sexual obsession with her late mistress, witness her regard for Rebeccas lingerie. The Hays Code also dictated the plot variation that in the film has Rebeccas death an accident rather than the unpunished murder of the original novel.
It is not only the black and white cinematography that dates the film for modern audiences: Hitchcock drew melodramatic performances from the stars which now seem very theatrical. But from the outset, the portentously spoken first line of the film: Last night I dreamt I went to Manderley again, we sense something spooky stirs, and are not disappointed. It is a true classic of British cinema.