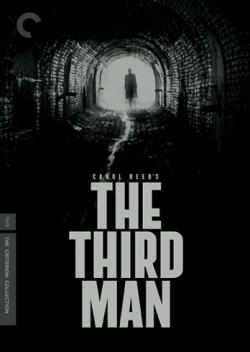 Is it a great film that makes a theme tune memorable, or a memorable theme tune which helps make a film great? In the case of the 1949 British movie The Third Man, it probably works both ways. The zither music of the previously unknown Anton Karas remains instantly recognizable to this day. The Third Man is a decidedly modern film, which though its story is linked to the aftermath of WWII , technically looks forward. Director Carol Reed uses strange angles and bold lighting that renders shadows stark, a technique that many contemporaries loathed. But shadows are vital to the story, with black-marketeer Harry Lime living in them, finally revealed there, grinning, by his own match. Vienna, setting for the action, is made at once beautiful  especially at night with the streets wet to reflect the lights - and dirty, not least of course when the action switches to the sewers. The Ferris-wheel scene is one of the great cinema set pieces. The talent involved in the film is hugely impressive: Alexander Korda producing along with Reed; Graham Greene providing the story; and Orson Welles, Trevor Howard , Bernard Lee and Joseph Cotten starring. Did they make a film noir, or presage the French nouvelle vague and the likes of Roman Polanski? When you watch this great and stylish thriller, it doesnt really matter.