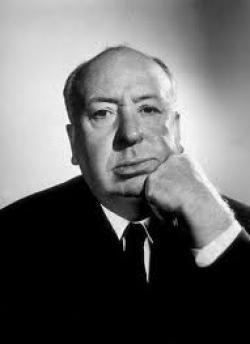 'Television has bought murder b'... More

Born in Leytonstone in 1899, Alfred Hitchcocks career in cinema began with a fascination for its technical aspects, a fascination that never left him, progressed to designing titles for silent films, and soon into the role of director. As recognisable for his ever-familiar silhouette as for the astonishing quality of his films, Hitchcock remains one of Britains best-loved cinematic institutions. Even a cursory glance over his filmography reveals the depth of his work  titles such as Rear Window, Vertigo, North By Northwest, Psycho and Strangers On A Train among so many others are now universally considered classics in the truest sense of the word  and his regular use of actors such as Cary Grant, Grace Kelly, Jimmy Stewart and Ingrid Bergman ensured that besides the critical acclaim heaped upon him, he kept audiences interested too. Alongside his features Hitchcock also fronted Alfred Hitchcock Presents, a weekly television series that made him even more of a household name thanks to his playing on his unforgettable image and the unnerving mix of a homely introduction and suspenseful subject matter. His masterful command of tension and tempo means that after his death in 1980 aged 80 any remakes of his films have floundered embarrassingly (Gus Van Sants shot-for-shot homage to Psycho particularly so) and only underline his reputation and cast-iron eminence of his unique talent. His influence on modern film is immeasurable, and students of all disciplines are still finding layers of richness throughout his entire body of work.

Contributors: Do you have a site related to Alfred Hitchcock?
Supply some content for this page and we will gladly add a link to your site. Email here.