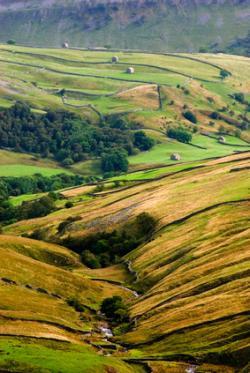 The Rossendale Valley spans an area of around 54 square miles and is located in the county of Lancashire, England. Consisting of four distinct areas, Bacup , Haslingden, Rawtenstall and Whitworth, the Valley has a rich industrial history . The traditional East Lancashire Steam Railway runs from Rawtenstall, which is also home to the Weavers Cottage , an 18th century loom-shop. The railway also stops at Irwell Vale, a traditional Lancashire mill village and part of the Irwell Sculpture Trail . With its varied landscape of moors and valleys, Rossendale Valley is popular with walkers and hikers. It features many walking routes including The Pennine Bridleway National Trail and The Rossendale Way.