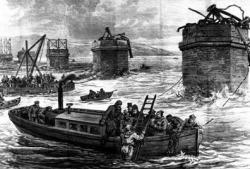 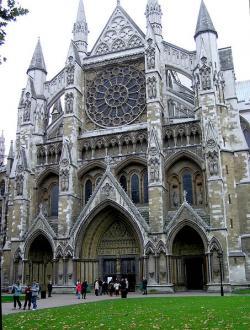 Collpase of the Tay Railway Bridge

The first Tay Bridge was a behemoth in civil construction: assembled to a cost of over £300,000, six years in the making, using over ten million bricks. It was a giant undertaking. But it would end in disaster; mirroring its perilous construction. For in its inception, twenty men lost their lives; and in the biting winds of 1879s December storms, some 75 people would die as the bridge collapsed, taking a train full of passengers into the River Tay below.
The Tay Bridge Disaster is an enduring tragedy, felt most acutely by Dundonians, for whom the bridge was to serve. The events of the 28th December, 1879, live long in the memory; in part, because it was an unresolved disaster. For many, there was no closure. The death toll was estimated to be 75, after a count of the tickets sold at Saint Fort Station, Fife . There were no survivors, only 46 of the casualties were found. All that is left is a clutch of theories as to why the bridge, designed by Sir Thomas Bouch, collapsed.
It was a giant, but it wasnt that revolutionary in its design  formed from a lattice grid, common to the Crumlin viaduct in South Wales , the Crystal Palace, and latterly, the Massif Central. Its size nonetheless captivated the imagination - especially, seeing as Dundee was hardly the expansive metropolis, the bridge was a cumbersome piece of engineering. It was all the more shocking that it would fall down.
After the storm had pulled its central tranche down, the official enquiry was launched. The bridges faults began to manifest themselves. Materials, construction, and, ultimately, the design, were all blamed for the disaster. Bouch, who lost his son-in-law in the collapse, was devastated. Crucially, he never took into account the wind loads when designing the bridge, forgetting that indeed his girders exceeded the 200 feet, at which point wind loads become critical with regards to the structures integrity. Bouchs design made the bridge top heavy.
The iron columns that formed the spine of the bridge, at its highest and most vulnerable point, were also found to be of poor quality  mouldings were not uniform, some parts were found to break at one-third of their recommended load breaking strain. It was the collapse of the iron columns that destabilised the bridge. The Tay Bridge, with such a litany of faults, was doomed from the start. The official enquiry was damning. Lead by Henry Cadogen Rothery, Commissioner of Wrecks, with Colonel Yolland and the civil engineer William Henry Barlow; it found the bridge not fit for purpose, and prone to inherent defects that would have necessitated its destruction.

Bouch shouldered most of the blame. His design was defective, but his maintenance staff were culpable too. Henry Noble learned of the iron girders groaning under their own wait, and failed to take affirmative action. William Arrol and William Henry Barlow built a second Tay Bridge that still stands to this day  the remains of Bouchs bridge a reminder of Scotlands biggest rail disaster.