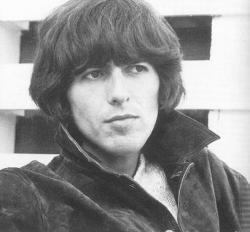 
As one of the Beatles, he was lead guitarist, vocalist and songwriter, and went solo after they disbanded in 1970. His interest in spiritual matters is reflected in My Sweet Lord (1970), and acclaimed solo albums include All Things Must Pass (1970) and Dark Horse (1974). In 1988 he formed a supergroup called The Travelling Wilburys with the likes of Bob Dylan and Roy Orbison. He was also a film producer with his production company Handmade Films.

Contributors: Do you have a site related to George Harrison?
Supply some content for this page and we will gladly add a link to your site. Email here.