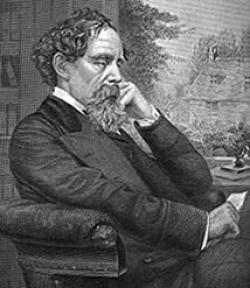 Completion of the Dartford Bridge

The Thames crossing between Dartford and Thurrock was first mooted in 1929, but with logistical, economic and political problems including the not inconsiderable one of WWII , it was not until November 1963 that the first tunnel opened there. As ever traffic had been wildly underestimated, and a second tunnel became inevitable, though it only opened in 1980. The M25 of course added to the volume of traffic when it was completed in 1986 , and the bottleneck at Dartford needed to be addressed.
The solution was, uniquely for the Thames east of London , a road bridge, work on which could only begin once legislation had been passed through Parliament to allow what was one of the first modern Private Finance Initiatives to take place: the construction that began in August 1988 would be paid for by a consortium in return for the revenue from running it for an agreed period.
Giant pylons standing on huge and enormously heavy caissons support the bridge, the central span of which runs for 450m. With the outer spans and the elevated approach ways the entire length of the structure is just short of 3,000m. At the highest point the bridge gives 57.5m clearance to shipping, enabling all but a few of the worlds mightiest vessels to pass beneath it if required.
But figures dont tell the whole story: the Queen Elizabeth II Bridge as it was named is an elegant design sitting astride the Thames where the river is nearly half a mile wide, a perhaps incongruously beautiful sight especially at night with the lights of traffic and the roadway reflected in the water, drawing the eye to its soaring vastness in a generally flat landscape.
When it was completed in June 1991 (opening officially in October that year) it was a great day for drivers, easing the congestion that had worsened over the years as cars waited to pay and pass through the tunnels - the four-lane bridge carries southbound traffic, the tunnels northbound. Sadly the designer, Hellmut Homberg, did not live to see the completion of his great project, dying in 1990.