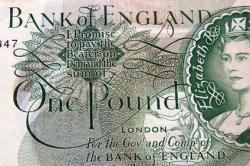 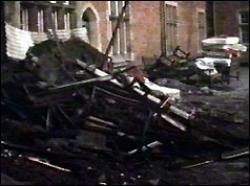 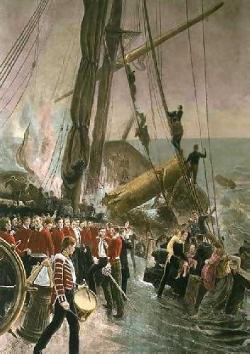 The Bank of England becomes Insolvent

Santayanas dictum that those who cannot remember the past are condemned to repeat it springs to mind when examining the crisis in early 1797 that saw the Bank of England become in effect insolvent.
Speculation in the USA and elsewhere of late, particularly speculation in land, had created a bubble; and financing wars  at that time in Europe against the French, then striking terror into the British - cost the government hugely with paper money printed with wild abandon but no gold behind it. Government over-spending, national debt soaring, financial impropriety and loss of control  whoever could imagine such a thing being allowed to happen again?
The crisis in this country came to a head when fears of an imminent French invasion led to a demand for gold  redeeming paper money and loans for the gold supposedly behind them. There were even very strong rumours that the French had invaded Ireland. Many British and foreign holders of such notes became keen to exchange them for precious metal.
The reaction of the government, agreed by the Privy Council in an emergency meeting on February 26th 1797, was to pass The Bank Restriction Act, which came into force on May 3rd that year. The act prevented paper money holders from demanding specie in exchange. The bank was effectively insolvent, and the urgent measure was designed to prevent that being tested. Like the introduction of income tax two years later, this was a temporary move, but it endured until 1821.
That income tax, and a system of long-term borrowing that worked, saved the countrys currency from ruin, but it is estimated to have depreciated by 30 per cent while the Bank Restriction Act was in force, a factor in the post-Napoleonic Depression and social unrest in this country.