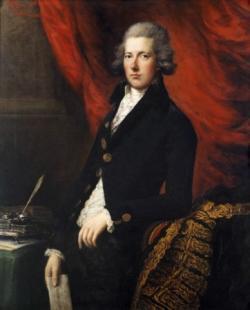 William Pitt the Younger  Britains youngest ever Prime Minister when he came to power in 1783 at the tender age of 24 - introduced income tax as a temporary measure in his December 1798 budget, coming into force on 9th January 1799.

Faced with the escalating costs of the Napoleonic arms race Pitt, so often an innovator, levied taxes according to five schedules of income sources: land; commercial use of land; public securities; trading, professional, and overseas earnings; and employment.

It is illuminating that the 1799 rates were a little under 1 per cent on annual income over £60, with a higher rate of 10 per cent for annual income in excess of £200.

Pitt had already been a tax reformer earlier in his career, dropping duties on various goods to make smuggling them less attractive.

Addington , who replaced Pitt as PM in 1801, did away with income tax the following year, but when war recommenced in 1803 it was hastily brought back, and save for a period of respite between 1816 and 1842 has been with us ever since.