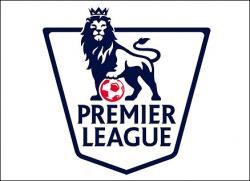 A commercial success if not a competitive one, the Premier League was formed after the end of the 1991-92 season, the clubs who would have played in the First Division resigning to form the new competition. Strangely the first year was played without a league sponsor, a deal with Bass blocked by almost half the clubs, though given a TV contract worth £305 million over five years had been signed the £13 million that would have brought was not perhaps so badly missed.
The first games, played on Saturday August 15 1992, produced some interesting results: the mighty Arsenal beaten 4 - 2 at Highbury by Norwich City who topped the table for that day at least (and managed a best-ever finish of 3rd and a European place); Sheffield United defeated Manchester United 2  1, Brian Deane of the Yorkshire club scoring the first ever goal in the Premier League; and Crystal Palace v Blackburn finished 3  3, with Rovers' debutant Alan Shearer scoring twice.
Many clubs doubtless dreamed of endless riches thanks to the new set-up. But its interesting to note that 12 of the 22 dont currently feature in the Premier League, three of them - the two Sheffield sides and Oldham  plying their trade in the third tier as this is written. The season ended, as it has 11 times since, with Alex Ferguson s side taking the trophy. Teddy Sheringham finished as top scorer with 22 goals (one for Nottingham Forest , 21 for Spurs ). And in stark contrast to the contemporary trend, only one manager in the top flight was fired during the season  Ian Porterfield of Chelsea .