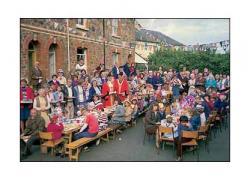 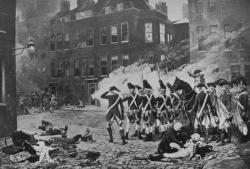 If the elaborate preparations for the G8 and G20 summits seem excessive, consider the meeting of Henry VIII and Francis I at the Field of Cloth of Gold which began on June 7 1520.
The purpose was similar  a series of meetings to explore matters of mutual interest; but also to demonstrate prowess and prestige, metaphorical and (given the two kings actually wrestled) actual muscle-flexing. (The heavier Henry supposedly lost the bout to the more skilful Francis). The most pressing of these topics was how to react to the growing power of Holy Roman Emperor Charles V.
The venue was territory at the edge of English Calais, perhaps not the most diplomatic choice ever made by Wolsey the great diplomat.
Cardinal Wolsey it was who made the arrangements, which included the creation of a massive temporary palace for Henry; the erection of some 2800 tents (many of the hugely expensive Cloth of Gold, the profusion of which gave the event its sobriquet); landscaping so both parties would be at precisely the same level; tournaments and spectacles; and logistics for the gargantuan feasts and revels over more than two weeks: the English alone devoured more than 2000 sheep; the vast quantities of alcohol downed by English participants noted by the French.
Great sums were spent. The great (including Thomas More ) ate and supped magnificently. But in the end the gathering had little lasting significance, another parallel with G8 and G20 get-togethers.