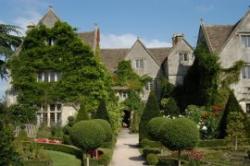 Borough Arms
"well since my last visit this bar has had a major face lift,its clean and bright and fresh,good ale and lagers,all in all a good time was had we will ..." More

A.S.T Private Hire & Taxis
"I visit Rannoch often and for a remote location, the shop serves the area very well with the staff always willing to help - shame, you probably arrived on a ..." More

The Horse & Groom Inn
"New management since my last visit but was greeted with warmth and genuine country style hospitality from an all female team who appeared to take pride in their work. Lunch ..." More

"Malmesbury was quite quiet when we were there but it is still rewarding to look around with plenty of parking. Of particular interest is Malmesbury Abbey and Abbey House ..." More

Malmesbury is located in a strategic position with the river on three sides. It is therefore no surprise to learn that, according to recent evidence, the site may have been originally settled around the start of the first millennium BC. The present Abbey was built in the 12th Century and consecrated in about 1180.
Malmesbury lays claim to being the oldest borough in England, a charter having probably been granted by King Alfred in 880. His grandson, Athelstan can be considered the first King of all England. He died in 939 and was buried in Malmesbury.

With the dissolution of the monasteries in the 16th Century the Abbey was no longer the centre of town life. Instead the wool trade brought prosperity to the area. The town figured prominently in the Civil War between 1642 and 1646, its strategic situation on the road between Oxford and Bristol making it a prized possession. It changed hands no less than six times during the course of the conflict.
In the late 18th Century, the introduction of mechanical methods of production enabled the textile trade to expand for a time. This was followed by a period when the town became a centre of the lace-making industry. However, with its established stone buildings and compact centre inhibiting the construction of new factories, the Industrial Revolution generally passed Malmesbury by. The railway arrived in 1877, a branch line being built from the Great Western main line at Little Somerford, though this was closed in the 1960s.

During the 20th century the town became a prosperous commercial centre. A number of companies have found the town a congenial place to establish a business, one of the most successful, being Dyson. At the same time, the town is conscious of its historic past, there being around 400 listed properties. It became a conservation area in 1971, and there continues to be a healthy debate about how to reconcile these responsibilities with a desire not to be locked in the past.

Places to Stay near Malmesbury

The Old Bell hotel is England's oldest having been built in 1220 to accommodate scholars visiting Malmesbury Abbey, which at that time was the second most important place of learning in England, after Canterbury cathedral. ... More | visit website
map website

Check availability and book this hotel online with Active Hotels

The Horse & Groom Inn is a fabulous former coaching inn which sits in the glorious surroundings of the Cotwolds. Located in Charlton ... More

New owners welcome you to our small family-run Cotswold hotel set amidst beautiful countryside in the Avon Valley, just 10 minutes from the M4 as it passes through the South Cotswolds. It's the perfect spot ... More | visit website

Tucked away on the outskirts of the historic town of Tetbury, Folly Farm has 11 Cotswold stone cottages that have been converted from time-mellowed workshops, cowbyres and wool stores. They have many interesting features ... More | visit website
map book

Folly Farm is ideally situated in the South Cotswolds within walking distance of Tetbury which is renowned for its many antique shops, delightful restaurants, teashops and English pubs. We are near ... More

This quintessential English inn in the heart of the market town of Tetbury offers a snug bar, inviting bistro and carefully refurbished bedrooms with en suite bathrooms.More

Situated in the beautiful Cotswold town of Tetbury, in the heart of Gloucestershire, this 300 year old building remains a traditional English pub serving top quality ales and delicious home-cooked food.
A ... More

In the delightful market town of Tetbury, surrounded by the stunning countryside of the Cotswolds, this beautiful 16th century town house has a new bar, a restaurant and 15 elegant en suite rooms. Originally built in ... More | visit website