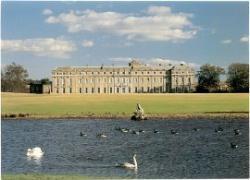 Britain is well known for its many fine stately homes, perhaps the most famous of which is Buckingham Palace , the main royal residence within central London . A stately home is a large property built on a rich landowners estate between the 16th century and the mid 20th century. There are around 500 stately homes in the British Isles. The region of Sussex , which is divided into the two counties of East and West Sussex, boasts many such stately homes. Being within easy reach of London, Gatwick Airport and the M25 motorway, the stately homes in Sussex are very convenient to tour on a short break or as part of a longer holiday in Britain.

In order to keep up with the heavy cost of maintaining these grand residences many owners of British stately homes have opened them to the public. While some owners simply opened the doors to visitors to allow them to marvel at the wonderful architecture, the sumptuous furnishings and wonderful gardens, others have been more imaginative with their business plans. One such stately home is Goodwood House , the ancestral home of the Dukes of Richmond and Gordon, direct descendants of King Charles II . The house is currently lived in by the present Dukes heir, the Earl of March and Kinrara. The Goodwood Estate has a well-deserved reputation as being one of the best sporting estates in the world. The house itself is open to the public for at least 60 days per year. Visitors can wonder at the splendour of the exquisitely decorated and gilded interiors of Goodwood House, which contain an extensive and world-renowned art collection including a collection of English paintings from the 17th and 18th centuries. Among this collection are views of London by Canaletto and works by George Stubbs , the celebrated animal painter. As one might expect from such a rich English country house, the rooms feature fine furniture including 18th century Gobelins tapestries and Sèvres porcelain. A display of English Regency furniture in the Egyptian Dining Room will drop the jaws of all but the most jaundiced viewer, as will the houses set of French furniture which is one of the best in the world. However wonderful the house and gardens may be, Goodwood is world famous for a far more modern phenomenon - motor racing. The Goodwood Motor Circuit was established in 1948 to host Britains first post-war race meeting at a permanent venue. In the years since that event the annual Goodwood Festival of Speed has established itself as the worlds largest event for cars, bikes and even aeroplanes. Historic petrolhead tastes are well catered for by the annual Goodwood Revival , a celebration of the history of motor sport. Visitors to Goodwood can stay in The Goodwood Hotel , which is situated within the grounds of the estate. The hotel features comfortable accommodation, a fine dining restaurant, and extensive leisure facilities that include three wonderful golf courses, a stunning pool, steam room, sauna and gym. If you prefer to stay off the estate then the attractive 18th century Star & Garter in the village of East Dean, just two miles from Goodwood, would be a great choice.

Just a few miles from Goodwood at Firle, near Lewes , youll find the enchanting Firle Place . This house has its origins in Tudor times but has seen many additions and restorations over the centuries. The restorations continue to this day and the house is now open to the public. Visitors can marvel at architectural features such as the main staircase, or view the many wonderful works of art on show there. At the heart of the property is the Great Hall resplendent with suits of armour and ancient tapestries. As with all English stately homes, the gardens at Firle Place are as much of an attraction as the magnificent house. The property is also available for hire for a variety of functions and purposes, you can even hold a wedding there.

In the heart of some of the most picturesque countryside in the Sussex region stands Parham House and Gardens near Storrington . The first stone for this enchanting ancient home was laid in 1577, during the reign of the Tudor Queen Elizabeth I . The current owners, only the third family to live there in its long history, set about restoring the house and gardens after purchasing it in 1922. Parhams tranquility and timeless beauty can be enjoyed by the public after the house was opened for all to see in 1948. At the heart of Parham House is the Great Hall. Such vast chambers are usually the centrepiece of grand old Tudor homes and The Great hall at Parham is no exception. It displays a fine collection of portraits of Elizabethan and Jacobean royalty as well as a collection of superb early English furniture. The gardens at Parham are as enchanting as the house and consist of seven acres of Pleasure Grounds and a four acre Walled Garden. Visitors to Parham House would do well to choose the nearby Roundabout Hotel in Chiltington, Pulborough for accommodation. In the style of a Tudor country house, the Roundabout is a private, independent hotel, nowhere near a roundabout but set in its own enchanting gardens.

Set in the heart of the ancient Stansted Forest, near the border between West Sussex and Hampshire , is Stansted Park . This magnificent estate features Stansted House which was restored to its 17th century grandeur after a fire in 1900. The house allows the visitor to get up close and personal with British heritage. Standsted House and the grounds are just a few miles from Chichester so a visit to could easily be combined with a stay in what must be the most attractive cathedral city along the English south coast. The Ship Hotel , the only hotel located within Chichesters historic city walls, would be an ideal place to stay when visiting Stansted House. The Grade II listed building is also a few minutes walk from the world famous Chichester Festival Theatre .