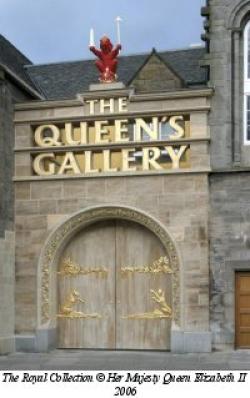 The Heart of the Great Alone: Scott, Shackleton & Antarctic Photography
Until 11 April 2010
This exhibition of remarkable Antarctic photography by Herbert George Ponting and Frank Hurley marks the 100th anniversary of Captain Scott's ill-fated journey to the South Pole. Pontings dramatic images record Scott's Terra Nova expedition of 1910-13, which led to the tragic death of five of the team on their return from the South Pole. Hurley's extraordinary icescapes were taken during Ernest Shackleton's Polar expedition on Endurance in 1914-17, which ended with the heroic sea journey from Elephant Island to South Georgia. Both collections of photographs were presented to King George V and are today part of the Royal Photograph Collection.

Dutch Landcapes
30 April 2010 - 9 January 2011
This exhibition brings together 42 remarkable works, including paintings by Jacob van Ruisdael, Aelbert Cuyp, Nicolaes Berchem and Meyndert Hobbema. 17th-century Dutch painting saw a decrease in the demand of religious paintings and the emergence of a new genre, landscape painting, which gained an independent status and currency in its own right. While some painters turned to the countryside and to the sea to convey a pride in their homeland, others travelled further afield for inspiration, to the mountainous vistas and golden light of Italy.