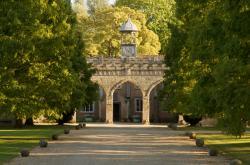 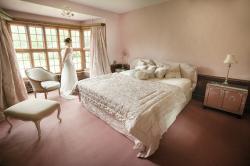 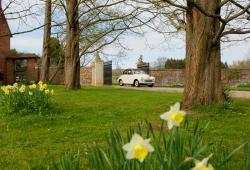 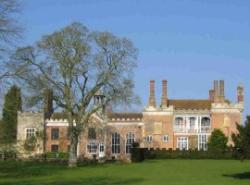 Breathtakingly romantic, Nether Winchendon House is a fabulous Wedding Venue for Barn and Marquee Weddings.  The house sits dreamily on lawns running down to the River Thame and to parkland beyond. Timelessly enchanting - towers, arches, turrets and balconies cast their spell of elegance and charm. Once the property of Queen Edyth, wife of King Edward the Confessor, this house has been loved and cherished by the same family, passing by family descent since 1559.

More than sixty years before the Norman Conquest of England, King Ethelred II, the Redeless (or Unready), re-affirmed the boundaries of the ten hides at Winchendon, first from Escwulf s Well. In the Domesday Book of 1086, William the Conquerors survey confirms that this Manor, Eddedda held of Queen Eddeva. In 1162, when Thomas à Becket became Archbishop of Canterbury, the property of Winchendon was granted by William Giffard, Earl of Buckingham to Augustinian monks recently arrived from Arras. As early as the 13th century the Manorial Court met in the Great Hall presided over by the Lord of the Manor. In 1528 when King Henry VIII was still married to his first wife, Catherine of Aragon, the house was lived in by his courtier, Sir John Daunce, who added a parlour with a magnificent handcarved oak frieze and fabulous linen-fold panelling, which was later painted white to celebrate the Restoration of King Charles II. This is now the Dining Room. In 1547 King Edward VI granted the property to Sir John Russell K.G. of Chenies, later created Earl of Bedford. Sir John sold the property in 1559 to William Goodwin whose daughter Petronilla married Thomas Tyringham of Tyringham, Buckinghamshire. Since this time Nether Winchendon House has passed by family descent from the Tyringhams, to their cousins the Bernard family and then to their cousins the Spencer family. The house is now lived in by Robert and Georgianna Spencer Bernard and their family.

The architecture of Nether Winchendon House, from mediaeval origins, has evolved into the fabulous and exciting mixture of styles it is today. The house was originally approached from the West. The entrance now through the eye-catching battlemented screen wall of three arches, is late 18th century Gothick. Sir Scrope Bernard Bart redesigned the mediaeval and Tudor exterior and clad the original timber-framed house in stone and then encased it in stucco in the Strawberry Hill Gothick style. The Grand Portico on the West Front was also added at this time. Tudor chimneys curl majestically above this wonderful house next to the elegant cupola, which used to house the clock which is now in the Church, gifted by the last Tyringham daughter, Jane Beresford. She passed the house to her cousin Sir Francis Bernard Bart, the last Royal Governor of Massachussetts Province.

A fascinating example of the smaller English country house at its idiosyncratic best, Nether Winchendon is medieval in its origins, but now predominantly Tudor with a lighthearted overlay of late eighteenth-century Gothick which suits it remarkably well. John Julius Norwich, The Architecture of Southern England  (Reprinted by kind permission of Macmillan General Books)