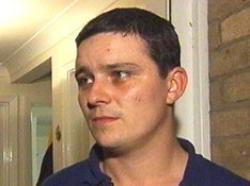 The Soham murders touched a public nerve during August 2002. Two pretty little 10 year old girls, Holly Wells and Jessica Chapman, disappeared just after a family barbecue in the small Cambridgeshire town of Soham. They had gone off, dressed in their Man Utd replica shirts, to buy some sweets. They never made it home from the shop: a school caretaker, Ian Huntley, lured them to their deaths as they passed his rented house.
A major search was undertaken once the disappearance of the girls was realised, a task complicated by erroneous reports of sightings. Huntley took part in the search, and was even interviewed by local and national TV crews. Eventually the truth came out: allegations about sexual violence in his past, never brought to trial, were revealed; it was found his girlfriend, Maxine Carr, had given him a false alibi, in fact having been absent in Grimsby when the crimes were committed.
The horribly burned corpses of Holly and Jessica were found many days later at the edge of the RAF base at Lakenheath in Suffolk ; their clothing was discovered at the school where Huntley worked. How and why he killed them is still not clear, but that it was a vile, cowardly, disgusting crime is patently obvious. Huntley was given a 40-year minimum tariff after his conviction for the two murders, but whether the perpetrator of such a crime should ever be allowed back into the community, should he live that long, is highly debatable.