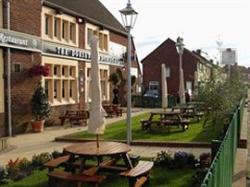 Review of Boldon by CHETAN VINAYAK on May 23rd, 2009
HI TODAY I CAME TO YOUR HOTEL IN BOLDON TO HAVE A FEW PINTS WELL YOU NEED TO HAVE GROVEMENT STAMP GLASSES. THE BOY WHO SEVERD ME WAS VERY POILET WELL MANNED AND VERY FRENDLY I WILL COME TO THE QUAILTIY HOTEL IN BOLDON AGAIN.

What is your view of Boldon? Please give us your feedback

Review of Sunderland by J Truman on September 6th, 2007
"The fact that I have been staying at Felicitations for more than 10 years surely says it all, Thoroughly Recommended." J Truman Police Officer Retired

What is your view of Sunderland? Please give us your feedback

Review of Tynemouth by Christine Bell on June 17th, 2006
My husband is from Tyne & Wear so we regularly travel up to visit his family. I think Tynemouth is beautiful. The beaches are clean for the kids to play on, and the priory is well worth a visit. There seems to be plenty of places of interest and plenty of places to take the kids whatever the weather. Whether you like shopping, or strolling along the beach, I'd recommend a visit. Just be sure to pack a few jumpers in case the weather turns cold!

What is your view of Tynemouth? Please give us your feedback

Review of Wallsend by Alan Heward on March 17th, 2008
I was born in Wallsend in 1931 within a few hundred yards of Swan Hunter's Shipyard, and have lived all my life here. I am now 77 years of age ! The Wallsend I see today is not the Wallsend I remember from my childhood days. Every child knew about The Roman Wall, and there was a stone reconstruction in The Richardson Dees Park (near the Station Road/Marshall's Bank entrance) which was supposed to be the actual end of the wall. There were also blocks of stone in the Sir G.B.Hunter Hall Grounds which were reputedly from the Roman stables at Segedunum. The wall itself ran beneath the former Carville Chapel, and there was a commemorative plaque in a small garden shrubbery area within the chapel boundary. All have since been removed by North Tyneside Council which came into being in 1974. Wallsend had previously been an independant self-governing Urban District Council. In the mid-1930's excavations took place in either Hunter Street or Gerald Street to reveal what was supposedly The Roman Wall. I was only a toddler at the time and my sister had to hold my hand as I climbed over the piles of clay to look down at the excavations, which probably lay only a couple of feet deep. The "Roman Wall" was covered up and forgotten about for four or five decades. Then the popularity of "Time Team" on television gave North Tyneside Council the bright idea of cashing in on our local ancient history. The Segedunum "Fort" and Roman "Bath House" which you see today were built by council workmen from stone blocks unearthed at the site, removed from their original location, and used for the building work. The "Roman" murals were done by students and staff from North Tyneside College's Art Dept. Nothing on the site is genuine ! It is Wallsend's "Roman Experience", a money-making tourist attraction on a par with Disneyland. I have never visited the Segedunum site and have no wish to do so. I wouldn't pay good money for something which I regard as a complete sham. I am proud of who I am and where I was born, and have many happy childhood memories of Wallsend during it's heyday when members of the Royal Family visited Tyneside to launch some of the greatest ocean-going liners and warships ever buult. As a seven year old I was taken by my grandfather with other family members on a conducted tour of The Dominion Monarch. So I'm a true3 Geordie in every sense of the word and proud of my roots, but I'm certainly not proud of the fact that Segedunum Fort exists only in the imagination of those academics who are willing to believe that everything they see is genuine. Housesteads or Chesters at Corbridge are the places to visit to see genuine Roman history. I visited Vindolanda during the early days of excavation in the 1960's and all that was visible then was rubble, part of which it was claimed was a Roman Bath House. Tony Robinson and his "archeologists" have vivid imaginations, and most of their "findings" are nothing more than pure speculation. When the new dock was built at the former Neptune Yard in the 1960's, thousands of tons of clay was transported in lorries and dumped at Holy Cross. I'm told that schoolboys used to split open huge blocks of clay to reveal items of Roman pottery, which they used for target practice with their catapults. So much for archeology, and where were the experts then ?

Review of Wallsend by michael jones on September 17th, 2007
wallsend is such a great town and the best ship building in the noirth east and blueline taxis are the best team taxis in north tyneyside