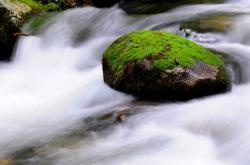 The Soar is a river that flows through Leicestershire after rising near Hinckley . It joins the River Sence near Enderby and then flows through Leicester . It is connected to the Grand Union Canal at Aylestone and flows into the River Trent near Ratcliffe-on-Soar in Nottinghamshire, which itself joins the Humber and then issues into the North Sea.

The River Soar was once a busy transport link and was the most profitable commercial navigation in Britain. To make that possible the rivers course was altered several times to make it navigable to boats. The section between Loughborough and Leicester was altered and became navigable in 1784. In 1814 the Grand Union Canal linked the Soar to London and to the southern canals network. The river is also reputedly the last resting place of a King of England as legend has it that the body of King Richard III of England was thrown into the Soar after his death. The bridge carrying the A47 across the Soar at Leicester is known as 'King Richard's Bridge'. Apart from some brief incursions into built up areas, the rivers setting is very rural. Pretty country villages like Mountsorrel blend into quiet river meadows creating picturesque landscapes that are rich in wildlife.