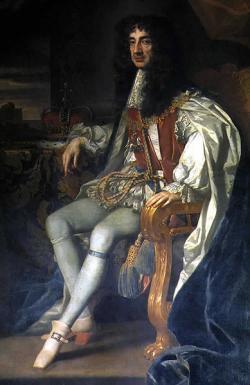 Foundation of the Royal Society 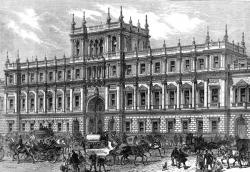 Founded in 1660 and still going strong with 120 employees, The Royal Society is a pillar of the scientific community. Its inception was shrouded in secrecy, and dates back to the 1640s, a time when Puritans like Oliver Cromwell were coming to power and new ideas were forced underground by firebrand religious dogma.
Just as the press were under control, the scientific community needed somewhere to share their hypotheses, their knowledge and expertise. The Royal Society was referred to as the invisible college by the natural philosophers who joined its ranks to discuss the works of Francis Bacon . But it wasnt until the relatively vibrant era of the Restoration of Charles II , that the society began to coalesce into something bigger than a weekly gathering of scientists.
The first meeting was held on the 28th November 1660 at Gresham College, Bishopsgate. What better place to found Britains longest-standing and most celebrated scientific societies than after a lecture by Sir Christopher Wren ? Clearly inspired, a coterie of twelve natural philosophers decided to formally hold weekly meetings, hereby forming A colledge for the promoting of physico, mathematicall, experimentall learning. Gresham College soon appropriated a library, receiving its first book in 1661. Sir Robert Hooke was the first Curator Of Experiments; Lord Brouncker, the first president. The next challenge was to bring an underground society into the mainstream  not that anyone could join; the society was and always will be a fellowship. Fellowships are regarded as the second highest honour for science, second only to the Nobel Prize. For gaining Royal ascent, Sir Robert Moray was invaluable. The society was quick to find favour with the King. On the 1st July 1661, the Royal Charter was granted, with another in 1663 naming it The Royal Society Of London For Improving Natural Knowledge.
Post-Restoration, and with Royal ascent, the Royal Society published its first books in 1662: Sylva by John Evelyn and Micrographia by Robert Hookes. In 1665, it published the first issue of Philosophical Transactions, the worlds oldest scientific journal, one which is still published to this day. After the Great Fire Of London , the Royal Society moved to Arundel House, the seat of the Duke Of Norfolk. In 1710, with Sir Isaac Newton at the societys prow, it would relocate once again, this time to Crane Court on the Strand . 1780 saw it move to Somerset House .
By the time the middle of the 19th Century it was almost an entirely autonomous. A government grant of £1000 in 1850 cemented its position. Now a charitable organisation, the Royal Society continues its work at 6-9 Carlton House Terrace, where it grants 44 fellowships each year.