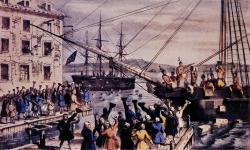 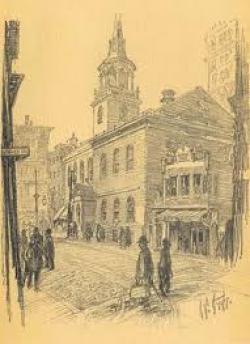 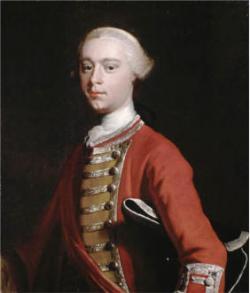 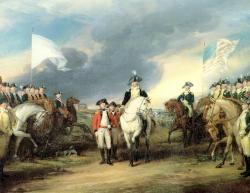 The American War Of Independence was an unusual beast. What was seeded as a rebellion against the manner of British colonial rule, mutated into a civil conflict, augmented by international intervention and centuries-old European rivalry.
There were warning signs that all was not well in the thirteen colonies. In 1773, a consignment of British tea was tipped into the sea in protest at British taxation. The Boston Tea Party , as it became known, was one of the pivotal moments in Americas relationship with Britain. The colonists and the British shared a number of cultural and political characteristics; their cultures, inextricably linked. But there was a growing enmity, one which overshadowed their close relationship. The colonists felt they were being taking advantage of. They took umbrage at the high taxes levied on goods when the lions share of this money remained back in England.
The colonies had no army to speak of. This was to change as armed rebellion became a movement rather than an isolated incident. In Philadelphia, during the summer of 1775, George Washington was appointed Commander-In-Chief of the Continental Army, a regular army to be bolstered by support from the militias. The militias were known as minutemen; men who would fight with a minutes notice. Washingtons army panicked Britain. A drawn out conflict in a land two-months sail away was a logistical nightmare.
In what would become a bitter eight year long struggle that ebbed and flowed across New England, Pennsylvania and Canada, the American War Of Independence started with an inauspicious exchange of gunfire at Lexington Green. The war was always going to start in Massachusetts. The British commander-in-chief in North America, Lieutenant General Thomas Gage , was marching northwards on the hunt of rebel weapons at Concord, when his men were ambushed at Lexington Green. The shots rang out from a small band of militia. They were soon repelled. At Concord, Gage was met with much sterner resistance. The American rebels, the Patriots, forced Gages men back to Boston and laid siege.
Britain had been presented with rebellion before. Only 30 years earlier, the Jacobite Rebellion of 1745 threatened the nations very constitution. But America was different. The brutal suppression of the Scottish Highlands would not work in America, where the British desperately needed to keep the Loyalists onside. Though outnumbered, the Loyalists would be crucial to the fight. Denied the freedom to exert maximum colonial force upon the thirteen states, Britain looked to Germany, recruiting 30,000 Hessian soldiers.
Though Britain was disadvantaged by the Atlantic Ocean; the Navy was powerful, granting an emphatic advantage over the Americans. With little or no sea power, Washingtons war effort was restricted to land offensives. With British guns trained on the coast, General William Howe had a trump card for contesting coastal cities like New York and Boston.
Washingtons siege of Boston repelled the British. But the Patriots excursions into Canada were ill-considered. Howe must have felt confident after the British took Philadelphia, but this was a disparate conflict, seizing a major city was a strategic totem but not a fatal blow. This was evident shortly after when the British were defeated at Saratoga. Under Lieutenant General John Burgoyne, the Brits marched south from Canada. Their objective was simple; to exert control over New England. Whilst Philadelphia fell, Saratoga saw Burgoynes army battered into submission, and an embarrassing surrender for the British.
This was a watershed moment for the conflict. The French, who had been supplying Washingtons men with gunpowder and supplies, were given enough cause to enter the conflict. Crucially, this meant the waters off Americas East Coast would be contested. Spain and the Dutch Empire joined the French in an alliance against the British. The 1780 Armed League Of Neutrality ensured that Britain could not stop the flow of supplies to the Americans; the war would now be played out globally. The Spanish saw it as an opportunity to recover Minorca and Gibraltar from the British  they achieved the former. But as a colonial nation themselves, they did not wish to spirit rebellions in their own territories.
Howe resigned after Saratoga, and was replaced by General Sir Henry Clinton. The change reaped immediate reward as the Patriots were defeated at Charleston in the south, and Camden, southwestern New Jersey. But though the British scored their share of victories, their reserves were wilting. There was no end in sight. Supporting the belief that France turned the war in the favour of the Americans  and by extension, changed the world with one tactical stroke  Admiral De Grasse muscled in on the waters of Chesapeake Bay. Minimising the influence of the British Navy, De Grasse had conjured an opportunity for a coalition of French and Patriot forces to storm British commander Lord Cornwallis army at Yorktown, Virginia. On 19th October 1781, Cornwallis surrendered before relief could arrive; the war was effectively over.
British prime minister Lord Frederick North was devastated  so too, King George III . North had invested heavily in pursuit of victory, and resigned in defeat. Fighting continued for another two years but Britain had lost her appetite for protracted conflict. At the 1783 Treaty Of Paris, peace was brokered. Britain, in her haste to move on, surrendered all territories. For the Native Americans, many of whom were allies of the British, it would sire a legacy of displacement and marginalisation. In the century that followed Britains global might swelled, but at Yorktown, in surrender, the balance of power in world politics had shifted.