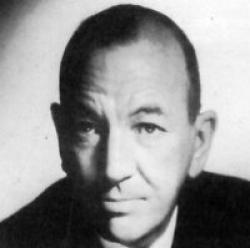 'There's nothing as ordinary as'... More

Noel Coward was born on 16th December 1899 and died 26th March 1973. He was an English actor, playwright, novelist and composer of music noted for his wit and sophistication. He was born in Teddington to Arthur Coward, a piano salesman, and his wife Violet, the second of their three sons, the first of whom had died at the age of 6. He attended the Italia Conti Stage School and began performing in the West End at an early age. At 14 years old, Coward became romantically involved with Philip Streatfeild, a society painter, who provided him with the upward mobility into high society he sought by introducing him to the socialite, Mrs Astley Cooper, who allowed Coward to frequently stay at her country estate in Hambleton. Coward wrote the play 'Hay Fever' whilst staying in the village. Coward became virtual apprentice to the actor Charles Hawtrey, from whom he learned comic acting techniques and playwriting. After being rejected by the army during WWI due to ill health, Coward began writing plays that he and his friends could star in while also writing revues. These included 'I'll Leave it To You' in 1920, 'The Better Half' in 1921 and 'The Young Idea' in 1923. His big success came with his play 'The Vortex' in 1924 which caused much controversy and made him an overnight triumph. Coward starred in both the London and New York productions. Coward met American stockbroker, Jack Wilson during The Vortex's London run. Wilson became his lover and manager and they set up home together at Goldenhurst Farm in Kent, along with Coward's parents. The 1920s and 30s were Coward's heyday with productions such as 'Private Lives', 'Design For Living', 'Tonight at 8.30' and 'Present Laughter' all proving immensely popular. The outbreak of World War II saw Coward performing for the allied troops, as well as working for the British Secret Service, MI5. However, he started to be criticised for his flamboyant lifestyle and made to feel he was not doing enough for the war effort. His close friend Winston Churchill advised him to make a movie based on the career of Captain Lord Louis Mountbatten which resulted in the drama, 'In Which We Serve' with Coward as writer, star, composer and co-director. 1942 saw the hugely successful production of 'Blithe Spirit' which went on to become a film directed by David Lean in 1945, along with 'Brief Encounter', a wartime romance adapted from one of Coward's one-act plays. The post-war years saw him move from his farm to a house on the Kent coast, near Dover. He began an affair with actor Graham Payn which lasted until he died, and in the 1950s Coward left the UK for tax reasons and relocated first to Bermuda and then Jamaica. His popularity started to decline somewhat in the 1950s with plays such as 'Relative Values' and 'Nude With Violin' failing to find favour. After starring in a night club engagement in Las Vegas, a number of American TV specials in the late 1950s ensued as well as a television adaptation of 'Blithe Spirit'. With the profits from these ventures, Coward expanded 'Firefly', his home in Jamaica, and purchased a chalet in Switzerland. He split his time between Jamaica and Switzerland as well as making visits to Britain and the US to supervise new productions of several of his earlier plays and a number of revues celebrating his music. His final stage work was 'Suite in Three Keys' in 1966, a trilogy set in a hotel penthouse suite, with Coward taking the 3 lead roles. He also made appearances in several TV films and movies including 'Androcles and the Lion' and 'The Italian Job'. At this point his health began to deteriorate and he retired from the theatre. Coward's career saw him publish over 50 plays and many albums worth of original songs. He wrote comic revues, poetry, several volumes of short stories, the novel 'Pomp and Circumstance' and 3 volumes of autobiography. He was also a keen painter. He was knighted in 1970 and died in Jamaica of heart failure in 1973 and was buried at Firefly.

Contributors: Do you have a site related to Noel Coward?
Supply some content for this page and we will gladly add a link to your site. Email here.