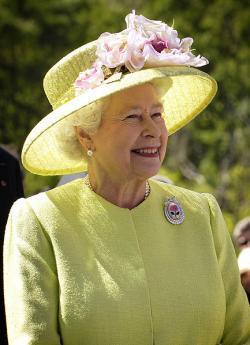 In mid-afternoon on December 18 2007 Queen Elizabeth II became the oldest British monarch, passing the record previously set by her great-great-grandmother Queen Victoria who lived to 81 years, 7 months, 29 days. Only one other British sovereign lived into his eighties, George III . Those of more republican sympathies will like to recall that though the Queen became the oldest monarch then, she was still some way short of becoming the oldest English head of state, a record held by Richard Cromwell, who lived to the ripe old age for his time of 85 years, outliving his successors Charles II , James II , and William and Mary .
But Richard Cromwell was only Englands ruler for nine months; Elizabeth II in 2007 had been on the throne for 55 years, doubtless setting her sights on September 10 2015, a date that would see her pass another of Victorias records, as the longest reigning monarch in British history.
The newspapers noted the event, but there were no special celebrations, at least none to which the rest of us were privy. And it is worth remembering that on November 20 2007 she became the first of our monarchs to celebrate a diamond wedding anniversary.