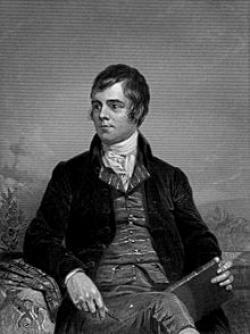 Born in Alloway, Ayrshire and Arran
Born on 25th of January 1759
Died in Dumfries, Dumfries and Galloway
Died on 21st of July 1796
British hero of the week January 18th 2010

'The snowdrop and primrose our '... More

Contributors: Do you have a site related to Robert Burns?
Supply some content for this page and we will gladly add a link to your site. Email here.