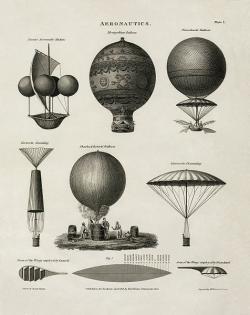 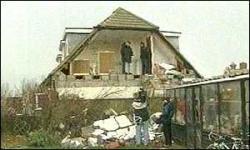 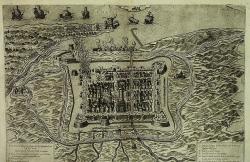 Calais Lost to the French

1st aerial crossing of the channel in a balloon

The story of the first aerial crossing of the English Channel is a tale of double-dealing, trickery and farce, but also of courage and determination.

The two aeronauts thrown together by circumstances were very different figures. The expert was Frenchman Jean-Pierre Blanchard, the gentleman adventurer (and funder) was an American, Dr John Jeffries.

Blanchard, of a poor family, had been involved in ballooning in the land of its invention, France, almost from the outset, making his first flight in March 1784, hard on the heels of the first ever manned balloon flight in November the previous year. Though he enjoyed public acclaim Blanchard thought he could do better for himself in England, as France was already engulfed in balloon-mania and the chance to stand out there was gone.

Jeffries was a wealthy gentleman amateur, a Bostonian living in England. Jeffries was a surgeon and scientist, keen to be involved in the new-fangled world of human flight.

The pair had already made two flights together, and the two men were determined to be the first to cross the Channel by balloon, and enjoy the glory that would bring.

Blanchard was a showman and something of a trickster. He liked the idea of using Jeffries money, but not of sharing the flight and the acclaim with him. Very much In the spirit of the age a contract was said to have been drawn up between them, in which Jeffries pledged to jump from the balloon should it be necessary to reduce the weight carried!

In spite of the contract Blanchard tried to wriggle out of carrying his patron, trying to keep him from the balloon (Jeffries hired some muscle to get him on board); and even secreting a belt weighted with lead to try to fool Jeffries into getting out of the balloon when it wouldnt lift.

The trip across from Dover to France was hair-raising. As the basket sank towards the waves the pair threw overboard everything and anything, even the sack of mail they were carrying. Blanchard is supposed to have stripped to his underwear and beyond, the more modest Jeffries insisting on keeping his under-garments. Things got so desperate that it is claimed they urinated overboard to lose a few more ounces!

They finally reached France after a two and a half hour flight, almost skimming the waves at times. It was as well for the two men that they did not ditch in the sea  neither could swim. Even their landing was hazardous, all their ropes having been jettisoned during the panic to stay aloft.

Not only had they succeeded in making the first aerial crossing of the Channel, but they also carried the first airmail letter  Jeffries had kept one when all the rest were dumped in the sea.

Blanchard need not have worried about sharing the acclaim. Louis XIV granted him a pension for life, and he received all the plaudits. Blanchard went on to make the first balloon flights in Germany, Poland and America. He died in 1809 when he plummeted 50 feet from his balloon over The Hague after having a heart attack, never recovering from the major injuries sustained in the fall.