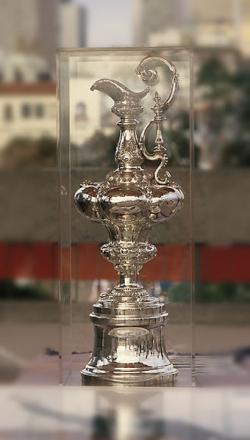 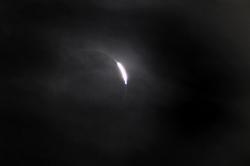 Total eclipse of the Sun

Tens of millions of pounds are spent in modern times trying to win an off-the-shelf silver-plated ewer originally known as the Royal Yacht Squadron for One Hundred Guineas.
The cup was donated by the Marquess of Anglesey for the Royal Yacht Squadron's 1851 regatta, used for a race around the Isle of Wight that took place on August 22.
In front of Queen Victoria the schooner America raced home a full 20 minutes ahead of the nearest British contender - 15 RYS yachts in total trailed in behind the upstart Americans (actually they were a syndicate who represented the patrician New York Yacht Club).
The following year the syndicate deeded the trophy to their club in New York, though it was only presented in 1857. Nominally the cup was to be the reward for 'friendly competition'. In fact it was to goad the British yachting establishment for many decades to come, staying in the hands of the New York Yacht club for more than a century.