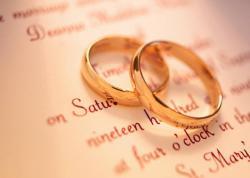 For once political parties in Britain managed to rise above point-scoring and opposition for the sake of it, uniting behind the Civil Partnership Act introduced by the government. Thus they ensured a relatively problem-free passage of the legislation from the time of its announcement in the Queen's speech opening the 2003/4 session of Parliament to its Royal Assent on November 18 2004 - though it took a further year for the act to come into force.
Finally in Britain same-sex couples would have legal rights on a similar footing to married couples. Tragic situations such as a long term partner losing his or her home on the death of their loved one, or being denied next-of-kin privileges in hospitals as their partner was dying, were ended for those entering into Civil Partnerships.
As with most progressive legislation the Civil Partnership Act provoked reaction from some conservative quarters, especially those with seemingly a god-given right to argue against what is in essence an equality measure. But the sky did not fall in as some predicted. Marriage between opposite-sex couples has not been demeaned and debased. And there is something strangely reassuring in the fact that not too long after some same-sex couples had tied the legal knot they were seeking advice from solicitors on the equivalent of divorce.