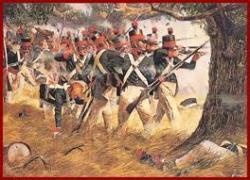 Our largely humane treatment of animals today  though there are still Neanderthals who illegally indulge in supposed sports like badger baiting and dog fighting  is in no small measure down to the work of the RSPCA, which has fought animal cruelty since its formation in 1824.
The society was formed to give teeth to the Act pushed through Parliament by MP Richard Martin in 1822, making the cruel treatment of horses, cattle and sheep illegal. On June 16 Martin and 21 others of like mind ( William Wilberforce the anti-slavery campaigner among them) gathered at Old Slaughters Coffee House near Covent Garden in London to found a society dedicated to preventing the mistreatment of animals. Not unreasonably they called this organisation the Society for Prevention of Cruelty to Animals. Such was its impact that in 1840 Queen Victoria allowed them to add Royal to the title.
Interestingly the society appointed two men, Mr Wheeler and Mr Teasdall, to ensure that the law was obeyed in the capital, pre-dating by five years the establishment of police forces in Britain, which gives an interesting twist to the argument that the uniforms worn by RSPCA inspectors are somehow impersonating those of police officers.